Nakuul Mehta says he says ‘can’t live without’ wife Jankee Parekh as he dedicates cute video to her. Watch 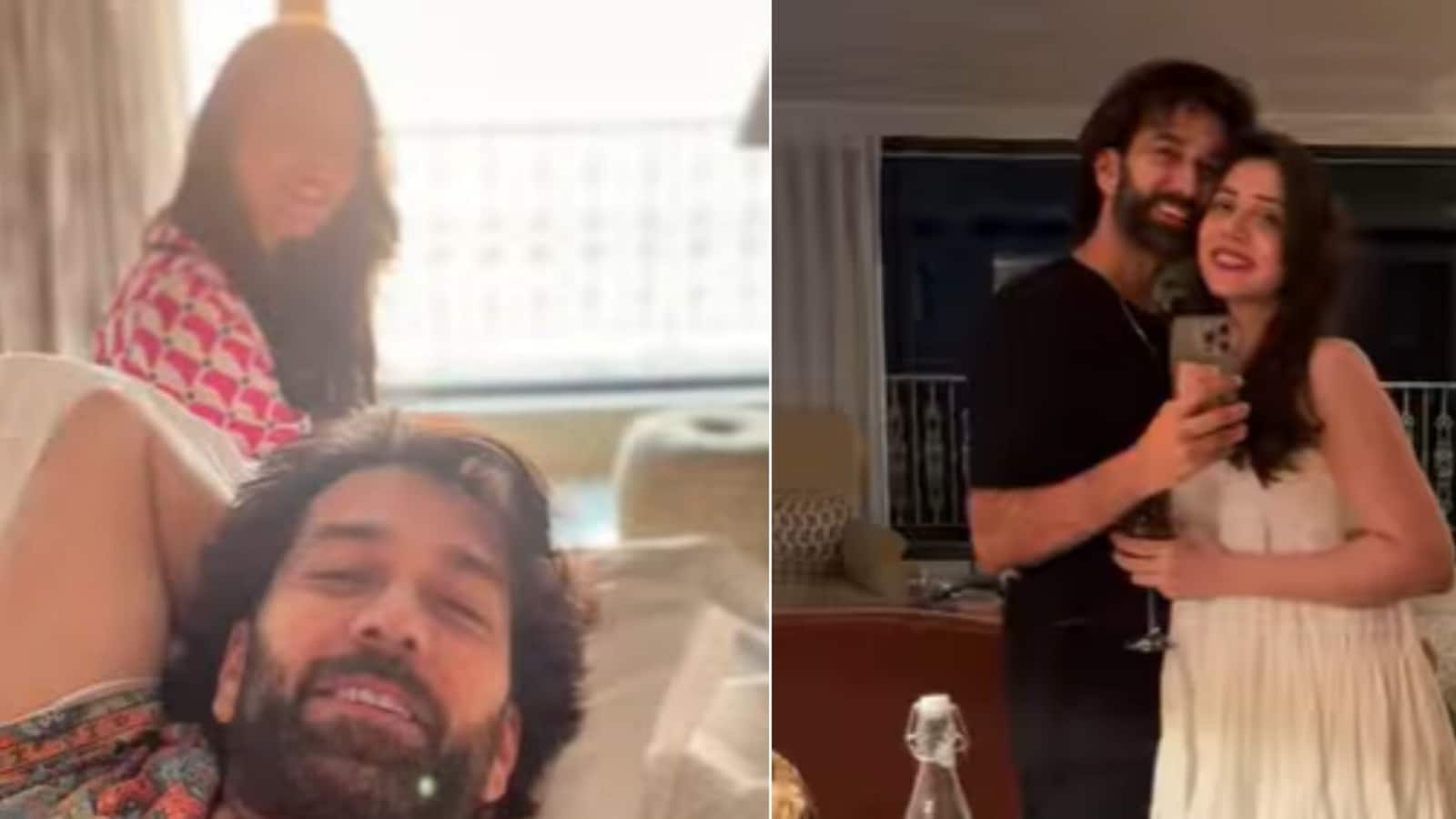 Nakuul Mehta and Jankee Parekh tied the knot on January 28, 2012. The couple welcomed their son Sufi in February 2021

Television actor Nakuul Mehta shared a video featuring himself and his wife Jankee Parekh on Instagram. The video had multiple pictures of the couple along with a beautiful message. Nakuul also added an audio to the video which said, “I am addicted to this.” Also Read: Nakuul Mehta shares health update after appendix removal surgery: ‘Ammunition one organ less, ambition top’

Sharing the video, Nakuul wrote, “That her,” and tagged Jankee. He added an audio to the video, “I am addicted to this. Umm.. I know there is no medical science but I don’t think I can live without it.” In one picture the couple is seen posing in front of a mirror. In another one they posed for a selfie that Nakuul clicked. There were also some solo pictures of Jankee and Nakuul.

One fan commented, “You guys steal our hearts every time,” another one said, “OMG! couple goals.” While one wrote, “You guys are the cutest,” many others dropped heart emojis in the comments section of the video.

Nakuul and Jankee tied the knot on January 28, 2012. The couple welcomed their son Sufi in February 2021. The couple often shares pictures and videos of each other on Instagram. Recently, when Sufi got admitted in Intensive Care Unit after he was diagnosed with Covid-19. The couple shared his health updates with fans and later thanked them for their blessings. Also Read: Nakuul Mehta, Jankee Parekh recall son Sufi being ‘non-responsive’ with 104.2°F Covid-19 fever: ‘I was tapping his face’

Nakuul made his television debut in 2012 with Star Plus show Pyaar Ka Dard Hai Meetha Meetha Pyaara Pyaara. He later appeared in shows such as Ishqbaaaz and Dil Boley Oberoi. He currently essays the role of Ram Kapoor in Bade Achhe Lagte Hain 2. Earlier this year, he bagged the Indian Television Academy Awards for the best actor (Critics) category for his performance.