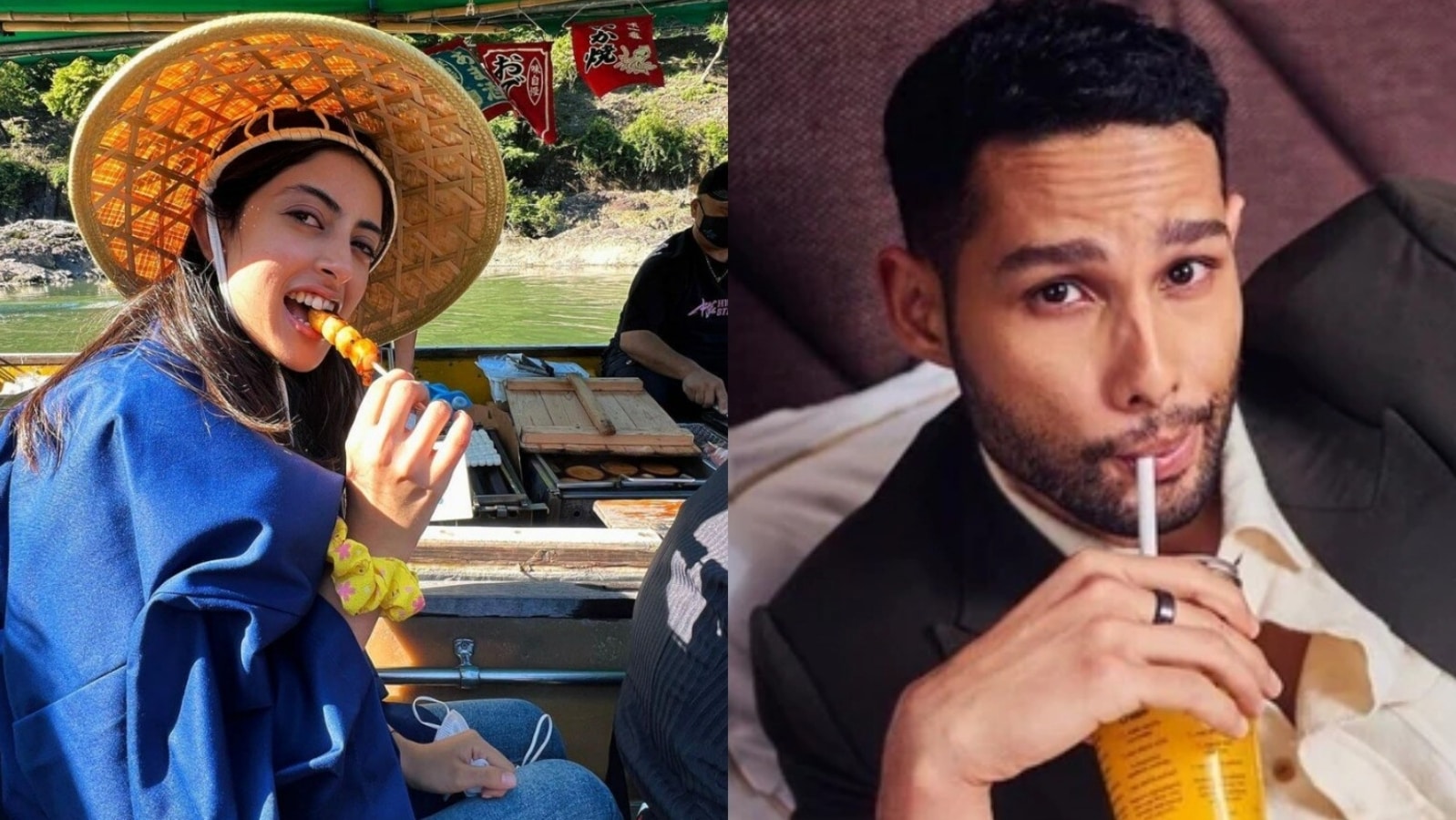 Amitabh Bachchan‘s granddaughter and entrepreneur, Navya Naveli Nanda has shared new pictures from her holiday in Japan. She is currently in Kyoto. Making most of her weekend, she is seen doing all touristy things in the latest pictures. In one of them, she appears to be wearing a blue kimono-style top with denim pants. (Also read: Navya Nanda shares romantic, rare pics of Jaya Bachchan and Amitabh Bachchan cuddling on their anniversary)

The pictures feature a host of Japanese delicacies and tourist attractions. Embracing the culture, she also wore the sugegasa hat for pictures. Sharing them all, she wrote in the caption, “A Sunday in Kyoto.’ Reacting to them, Tillotama Shome commented, “Aaah Meiji dark chocolate, seaweed paprika crisps, good soy sauce and wasabi dreams.” Karisma Kapoor and Maheep Kapoor dropped red heart emojis in the comment section.

Meanwhile, fans are also showering love upon Navya with their comments. “I know a lot of young girls who are inspired by you. Way to go” wrote a user. “Cuto in Kyoto should be an appropriate caption,” added another user. “Where is mc Sher?” commented someone else, in reference to Navya’s rumoured Siddhant Chaturvedi, who is best known as MC Sher from his film Gully Boy.

Dating reports of Navya and Siddhant are doing rounds on the internet for some time now. While neither of them has commented on their dating speculations, they often make news with their subtle hints on social media. Previously, Navya had shared pictures with cuppa noodles from Japan. It read, “Made some noodles today.” On the same day, Siddhant dropped a video from his vanity van and wrote, “Her noodles.” To this, fans quickly spotted the similarities between their posts and started flooding their comment section with each other’s names. Ishaan Khatter commented on Siddhant’s post, “Who dis mystery woman?”

Navya is the daughter of Shweta Bachchan Nanda and Nikhil Nanda. While her brother Agastya will debut in Bollywood next year, she has no plans to enter the film industry. Instead, she is preparing to join her father’s business and is working on social causes.

Siddhant, on the other hand, was last seen with Deepika Padukone and Ananya Panday in Gehraiyaan. He will be next starring in Phone Bhoot with Katrina Kaif and Ishaan Khatter. He also has Kho Gaye Hum Kahaan with Ananya Panday and Adarsh Gourav.