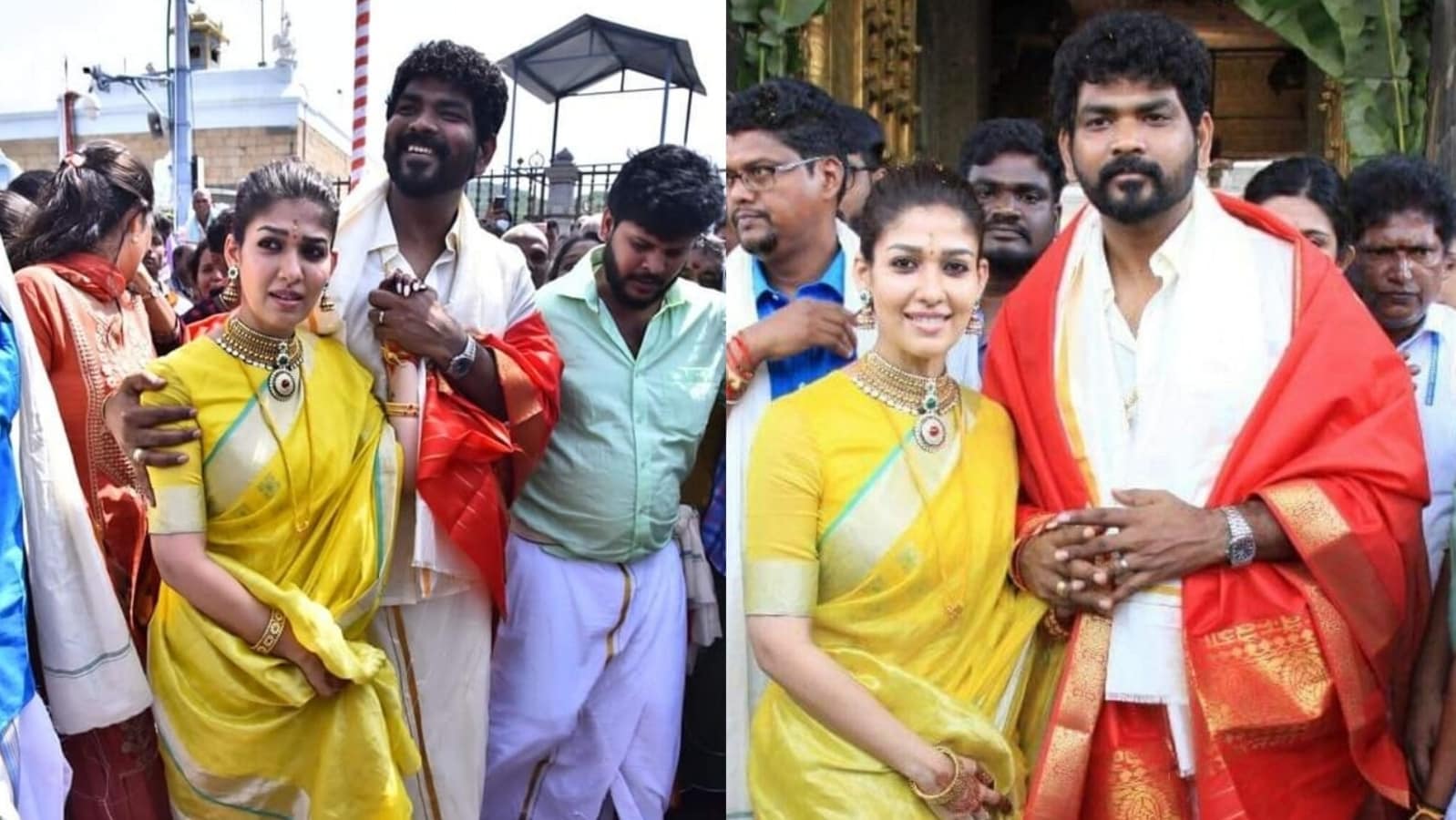 Actor Nayanthara and filmmaker Vignesh Shivan have received a legal notice for violating rules at Tirumala temple in Chennai. The couple tied the knot on June 9 and visited the temple a day after their wedding. In viral pictures, Nayanthara was seen wearing her footwear while walking inside the temple premises. Wearing any kind of footwear inside the temple is strictly prohibited by the Tirumala Tirupati Desvasthanam Board Narasimha Kishore. (Also read: Nayanthara wears sindoor, shows her mehendi at press meet with Vignesh Shivan)

The Chief Vigilance Security Officer of Tirumala Tirupati Desvasthanam Board Narasimha Kishore told ANI, “She (Nayanatara) was seen roaming with footwear in Mada Streets. Our security immediately reacted. We have even noticed that they did a photo shoot inside the temple’s premises, which is again prohibited. Private cameras are not allowed inside the Holy Shrine”. Adding that the actor will soon receive legal notice for her action, he added, “We have also spoken to her and she wanted to release a video to the press apologising to Lord Balaji, TTD, and pilgrims. However, we are going to serve notices to her.”

Meanwhile, Vignesh has also issued an apology for violating the temple rules. “After the wedding, we went straight to Tirupati temple without even going home and attended the wedding ceremony of Ezhumalayan. After that, a lot of people came out of the temple and surrounded us. So we left there and after a while, we came back in front of the Ezhumalayan temple. We quickly finished the photo shoot and decided to get out of there as the fans would surround us if they saw us. In the ensuing commotion, we failed to notice that we were walking with shoes in the area where it was forbidden to wear shoes. We apologise for the inconvenience. We have been to Tirupati five times in the last month with the desire to get married in Tirupati. Due to various reasons, it was not possible to hold our wedding at Tirupati temple,” he told India Today.

Nayanthara and Vignesh got married at the Sheraton Grand, Mahabalipuram in presence of their friends and family. Celebrities, such as Shah Rukh Khan, Rajinikanth, Suriya and others, were among the attendees. During a previous media interaction, Vignesh had revealed that he and the actor had originally planned for the wedding to take place in Tirupati. Their plan was cancelled owing to logistical issues.