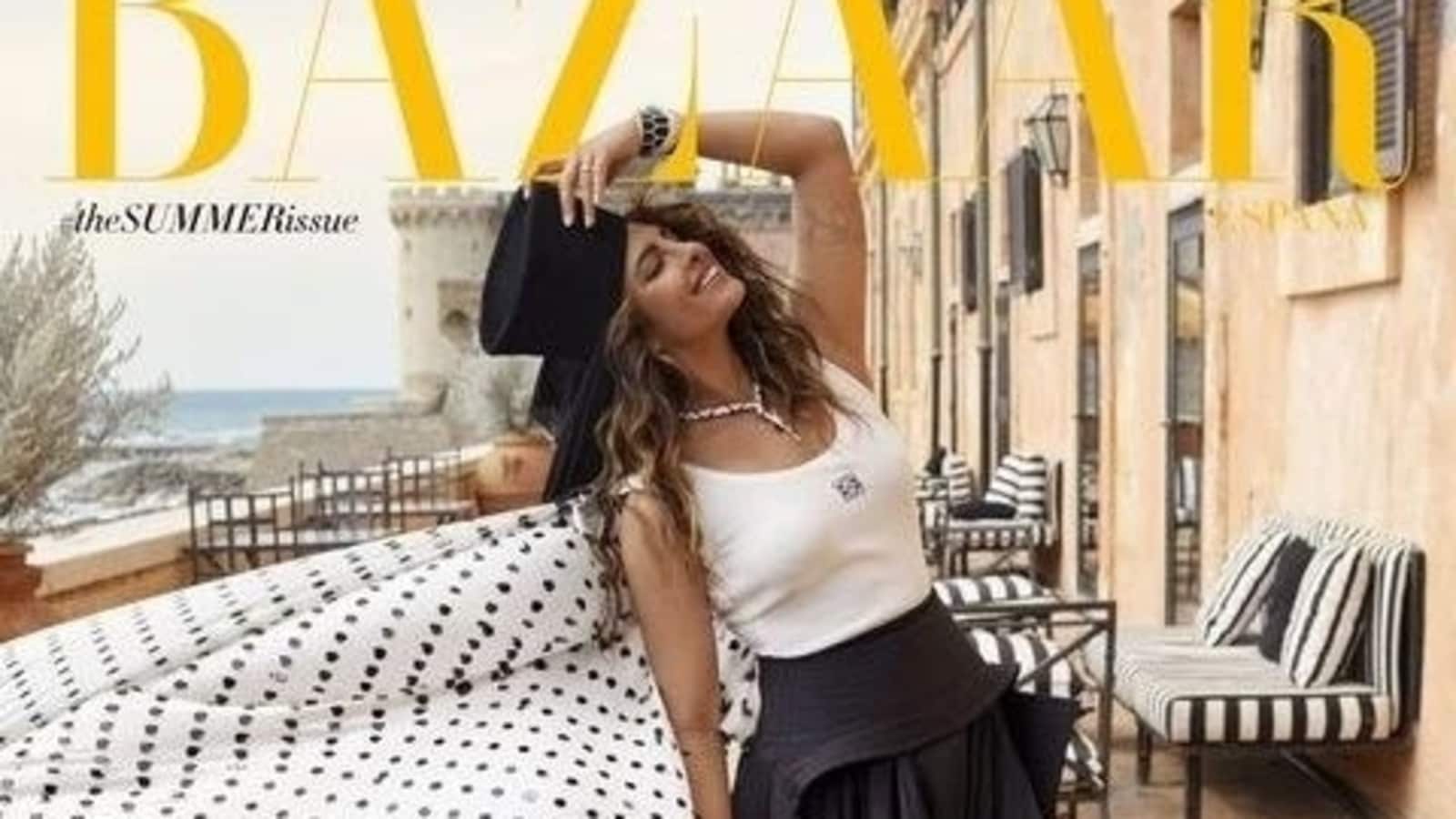 Priyanka Chopra is happy and it shows as she graces the cover of a magazine. The actor is seen smiling in two covers of Harper’s Bazaar Spain’s summer double issue. While one cover shows Priyanka in monochrome, covering her face with her fingers as she laughs, the other cover has her striking a pose with a smile on her face and her eyes shut. Also read: Priyanka Chopra gifts matching shoes to Nick Jonas, Malti Marie on Father’s Day, shares her ‘greatest joy’. See pic

Priyanka is currently a big name in Hollywood, married to actor-singer Nick Jonas and is bringing up her first child with him. The two became parents to baby girl Malti Marie Chopra Jonas earlier this year.

As Priyanka’s fanpage shared the two covers on Instagram, fans of the actor were overjoyed to see her smiling. A fan wrote, “Another day, another cover, Gorgeous.” Another said, “This is incredible.” One more fan said, “Gorgeous! Love these looks!”

The actor also talked about her childhood in an interview to the magazine. She said, “My childhood and adolescence were quite an adventure. Since my parents were in the military, we moved around a lot. I went to a boarding school for some years and then to the United States to study, before returning to India to complete my graduation. Of course, my childhood was full of love, laughter and family.”

Priyanka was brought up by her maternal grandparents for a part of her childhood. When she lived with her parents, they moved to various cities across the country. The actor also has a younger brother, Siddharth Chopra.

Priyanka just wrapped up the shooting of her debut web series, Citadel. She was filming in Atlanta, US and had been regularly sharing pictures of her ‘injured’ looks. She also has two Hollywood films in pipleline: Ending Things and It’s All Coming Back To Me. She will also be seen in Farhan Akhtar’s Bollywood film titled Jee Le Zaraa, that also stars Katrina Kaif and Alia Bhatt.