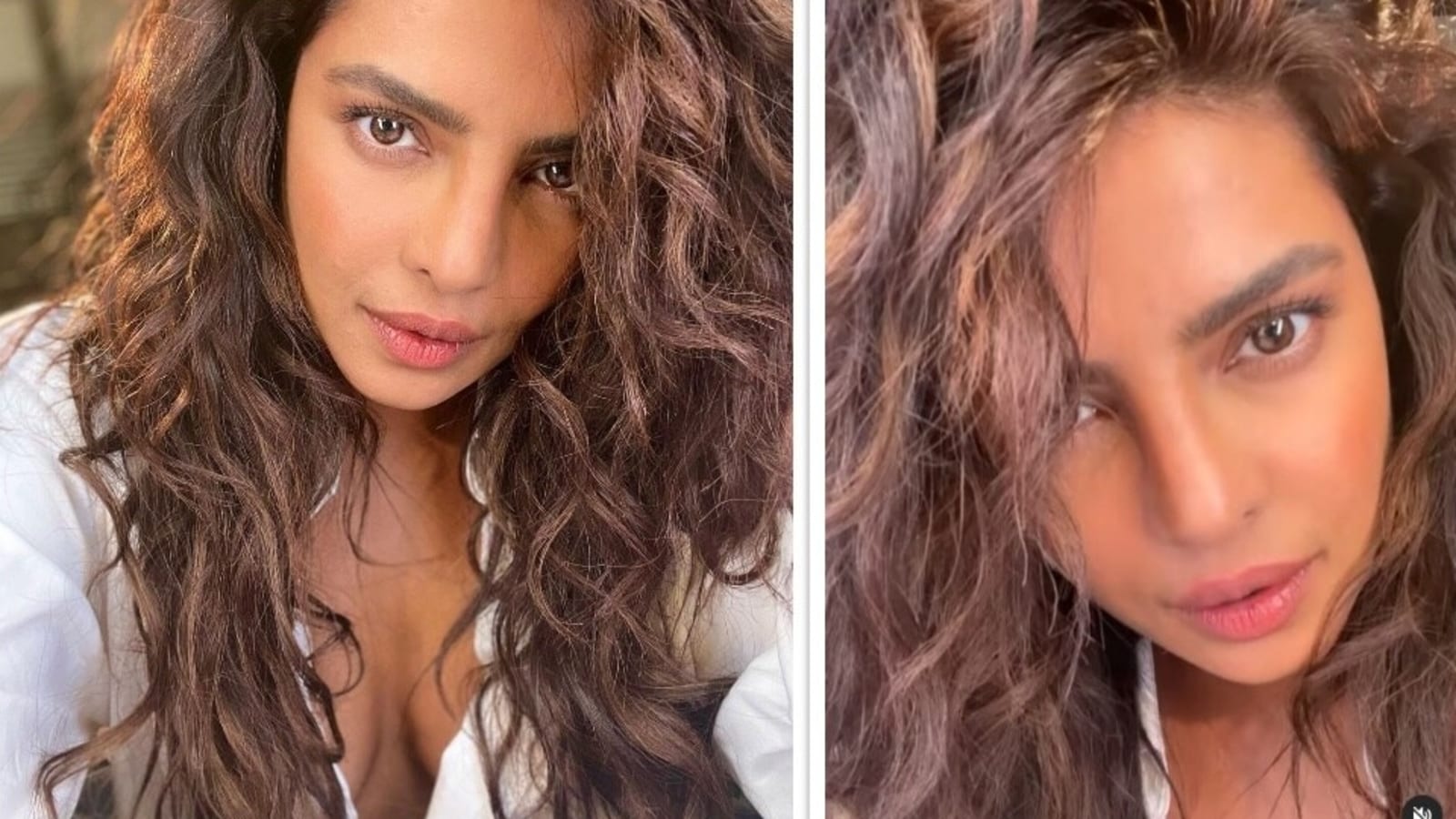 Priyanka Chopra has returned to the sets of her upcoming web series, Citadel after her trip to Paris for a brand endorsement with fellow actor Anne Hathaway and BLACKPINK singer Lisa. The actor shared two pictures and a small video of her look on Instagram called herself a “Snack” in the caption. She is seen in an unbuttoned shirt with rashes on her face and uncombed hair as she gazes at the camera. Also read: Priyanka Chopra poses in bikini, bindi, bangles in old pic; Nick, Ranveer react

Among the first ones to comment on Priyanka’s post was her singer-actor husband Nick Jonas. He shared a surprise emoji and wrote, “wow” in the comments section. Chef Sami Udell called her a “beauty” while makeup artist Sarah Tanno said, “Ok PC you better!!!!” A fan reacted to the post, “I’m under your spell.” Another wrote, “So beautiful.”

Priyanka had been filming for Citadel even before she left for Paris. She regularly shared pictures of her bruised and injured look from the sets on Instagram. The spy series stars Priyanka in the lead with Game of Thrones actor Richard Madden.

Speaking to Variety about the show, producer Joe Russo had said, “It’s sort of an experiment in narrative. It has a flagship show that then has regional shows that are built around the core idea. They’re complementary narratives. It’s regional talent producing and creating each one of those offshoot shows. It’s a big experiment in community and partnership.”

Dropping hints about the plot, he said in an interview with Screen Daily, “It’s a big world set against the backdrop of a thriller. Each show features complimentary narratives, set in different locations, using different characters but are all tangentially associated with one of the two major organisations that are in the show.”

Priyanka also has Hollywood films Ending Things and It’s All Coming Back To Me in pipeline. She will also be seen in Farhan Akhtar’s Bollywood film, Jee Le Zaraa.