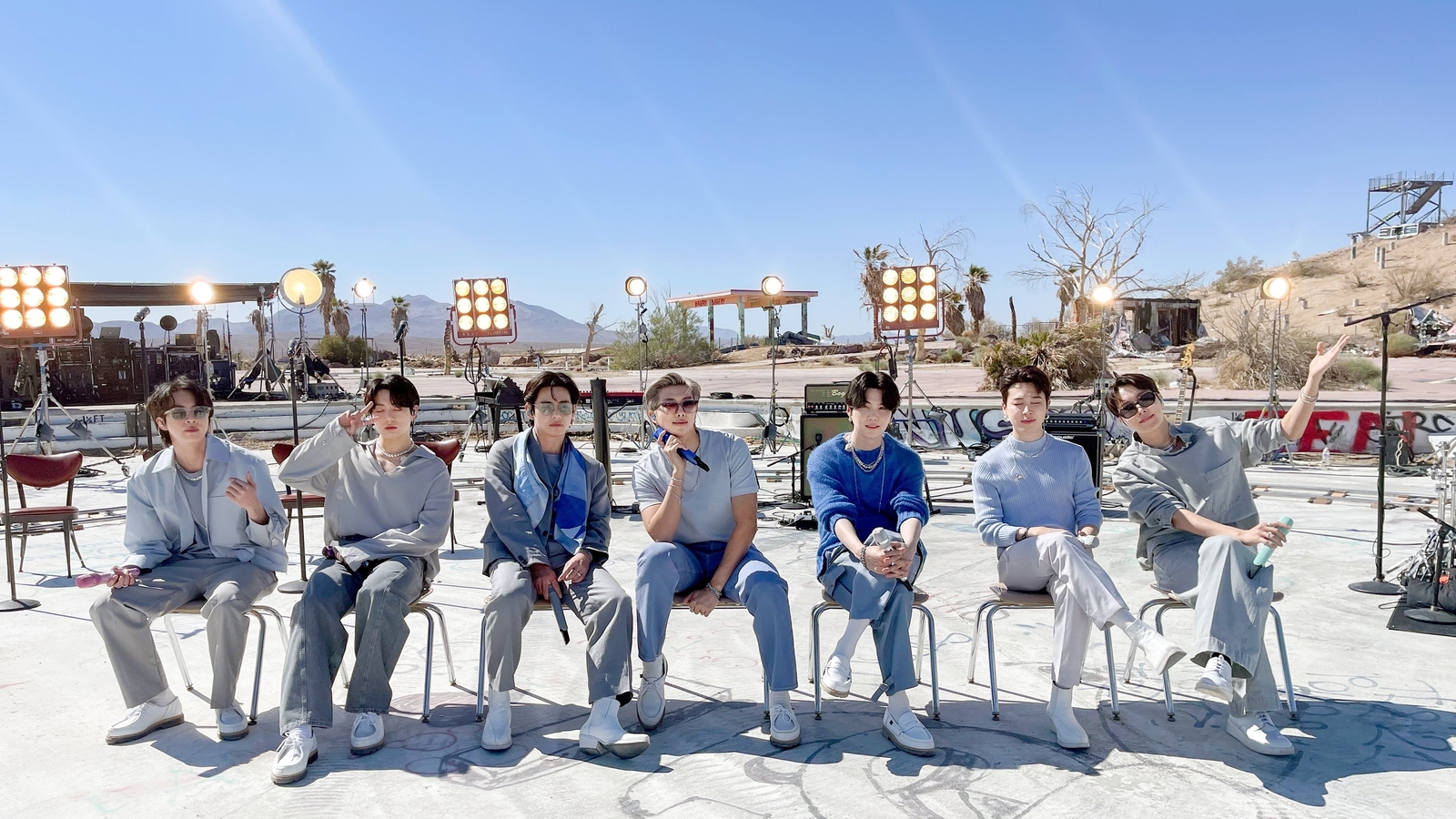 BTS members RM, Jin, Suga, J-Hope, Jimin, V and Jungkook on Monday performed a live show of their new anthology album Proof. The group performed Yet To Come with ‘special guest’ musician Anderson .Paak playing the drums. In a video shared on Bangtan TV, BTS also sang For Youth and Born Sinner. (Also Read | Jungkook dedicates new song My You to ARMY on BTS’ 9th anniversary, fan says: ‘This is making me cry’)

After the performance, BTS interacted with the drummer-rapper who said that their track Yet To Come reminds him of church and called it ‘fantastic’. Anderson also spoke a few words in Korean. He also revealed, “It was my son because he’s a big fan, he made me a fan. I’ve been obsessed, I’ve been ARMY ever since.” They also spoke about attending each other’s concerts and complimented them.

After the rapper left, the members spoke about their ‘best moments so far’ in their careers. J-Hope said that it was the day BTS was born, June 13, 2013, while Jimin recalled it as the day when BTS had their solo concert in 2014. Suga said for him, it was BTS’ showcase day on June 12, 2013, “I still remember the basement floor at the King Kong building, Ilchi Art Hall.” RM said that when BTS had their first concert at the Olympic Gymnastic Arena, it was his ‘best moment’.

V said, “For me, it was those days when Jungkook would cry if I asked, ‘Are you crying?’ That was the best moment for me.” The other members teased him. Jungkook recalled that the day he joined BTS was his ‘best moment’. “I believe BTS wouldn’t exist without me. I’m sorry that was a joke,” he said. Jin credited all the moments so far as his ‘best moment’.

BTS members next spoke about their journey since Covid-19 in 2020 during which ‘a lot of things changed’ for them and the ARMY. RM said, “Most of the things we’ve done since 2020 weren’t planned in advance. None of it was planned.” Suga added, “Nothing went as planned.” RM continued, “As we went on we were sometimes a little afraid and unsure if we were on the right path. We’ve also had growing reservations about what was the right answer.”

Jimin said, “We thought the pandemic would be over soon…but none of us thought that it would take more than two years.” Suga said, “We’re like ‘Let’s give it three months. We’ll be able to have a concert in three months’.” Jungkook added that it was then the group came out with their song Dynamite as it was their ‘way of braving the Covid-19 pandemic’. They also spoke about their album BE, songs Butter and Permission to Dance and their concerts.

Speaking about Proof, V said, “If you look closely many of our unreleased songs are included in this album. We took those songs as a chance to reminisce on when they were recorded. We also wanted to wrap up our first chapter, that’s why we created our album.” Suga added, “When I grow interested in an artist, it’s hard to listen to all their albums. This album is like the essence. Once you follow this guide, you’ll get a rough idea of who BTS is. It’s like a textbook or a guidebook you can show to beginners.”

Last week BTS released Proof via BigHit Music. The album, comprising three discs, is a look back on the group’s journey in the last near decade. The songs in the album comprise the members’ personal selections from their old tracks. It is a gift to ARMY and also features a brand-new single Yet to Come (The Most Beautiful Moment), Run BTS, and For Youth.