Raksha Bandhan trailer: Akshay Kumar is looking to marry off his four sisters in this social comedy about dowry. Watch 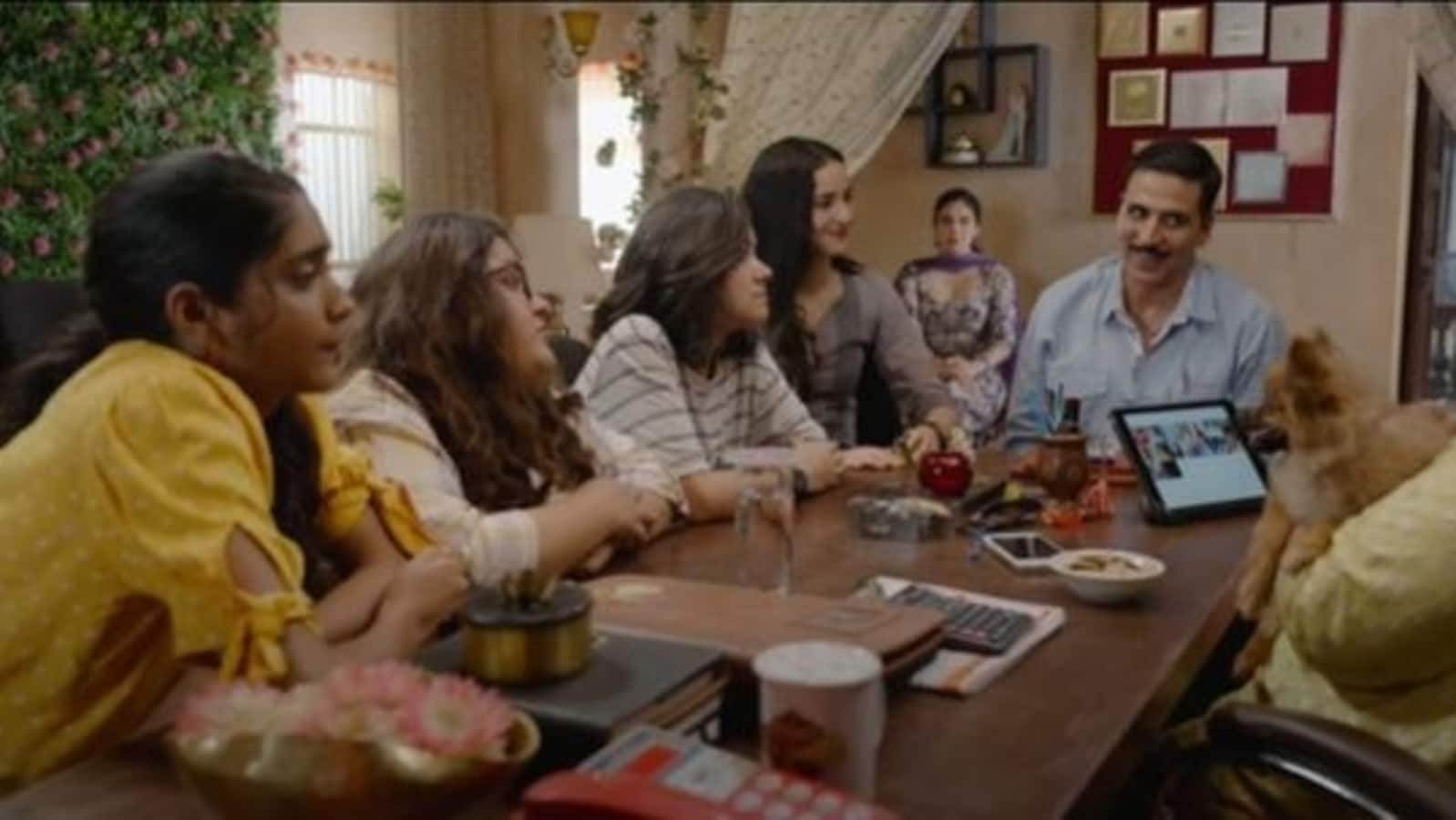 The trailer of Raksha Bandhan, starring Akshay Kumar and Bhumi Pednekar, was released on Tuesday evening. In the nearly three-minute-long trailer, Akshay is seen looking for grooms to marry off his four sisters. In the film, Akshay is a businessman who owns an eatery. Bhumi, his love interest, is seen asking him about their wedding while he looks around for suitable men for his sisters. (Also Read | Akshay Kumar runs, goes cycling at Marine Drive at Mumbai Police event; fans call him ‘fit Munda’. Watch)

Akshay, throughout the trailer, is seen, trying to balance his work and looking after his four sisters. The social comedy takes a hilarious dig at dowry with Akshay trying to figure out how to fund his sisters’ weddings. In one of the scenes, Akshay is seen asking for discounts on weddings at a marriage bureau.

In the last scene, Akshay reveals to his sister that he mortgaged his shop. As she asks what about the money needed for the wedding of the three other sisters, Akshay laughs and says that he will sell one of his kidneys. In one of the scenes, Akshaya is also seen crying with folded hands.

Initially, the film was set for a worldwide cinema release on November 5, 2021, to coincide with Diwali, but it has been postponed owing to the Covid-19 pandemic, which has caused a delay in pre-production and other crucial work. Raksha Bandhan is going to be Akshay Kumar’s third release in the year 2022 after Bachchhan Paandey and Samrat Prithviraj.