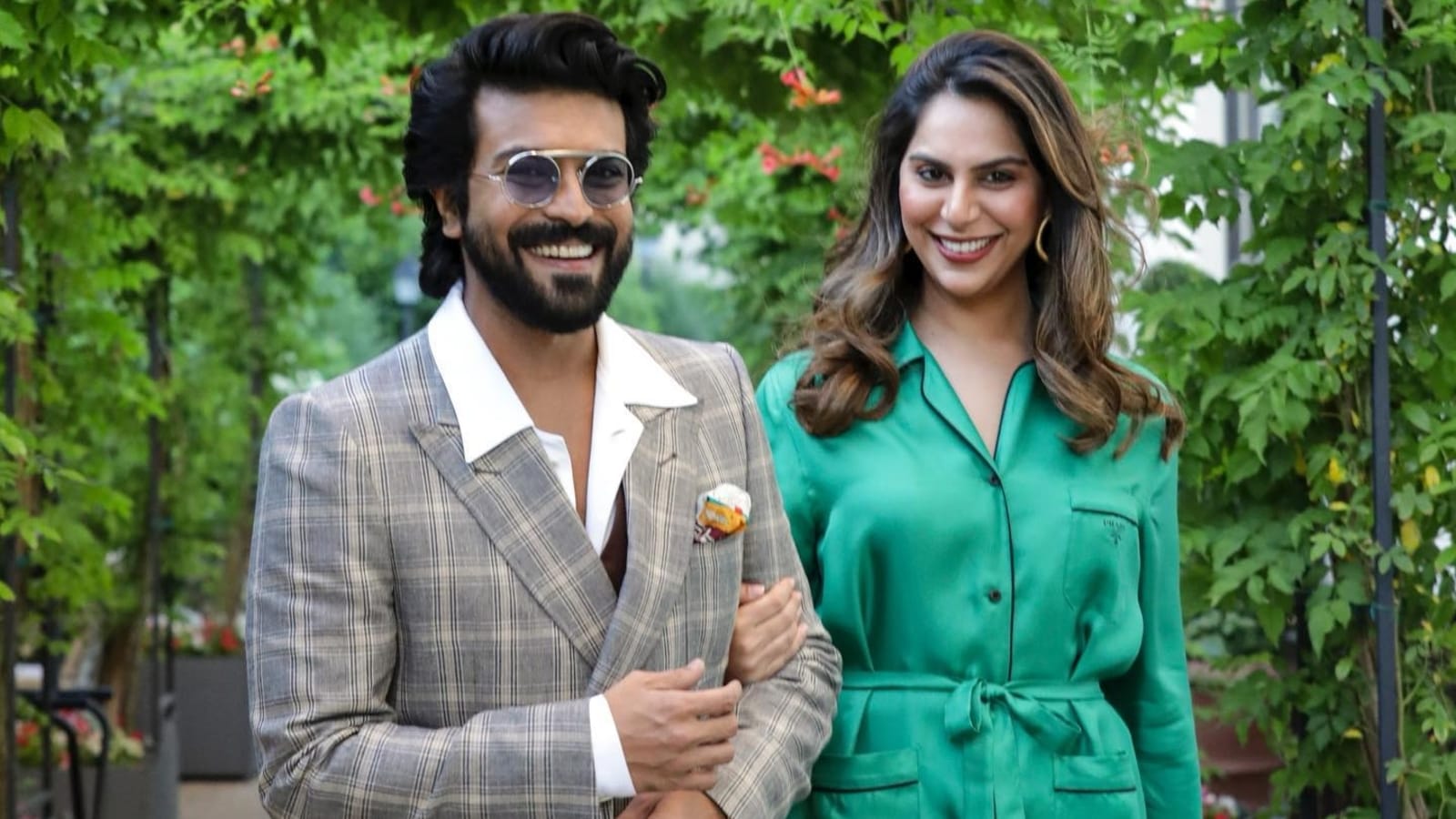 Actor Ram Charan posed with his wife Upasana Konidela in new pictures as they celebrated their tenth wedding anniversary on Tuesday. Taking to Instagram, Upasana posted photos of the couple as they enjoyed the occasion. In the picture, Ram opted for a white shirt under a brown sweater and paired it with matching pants. He also wore a jacket, sunglasses and brown shoes. Upasana wore a green dress and silver shoes. (Also Read | Ram Charan, wife Upasana revisit their honeymoon destination in Italy to ring in 10th wedding anniversary. See pics)

In the first photo, the couple posed for the camera in the lobby of a building. In the second picture, they were seen in a garden. Upasana held Ram’s hand as he smiled looking away from the camera. She captioned the post, “So much to be thankful for (hugging face, folded hands and red heart emojis) @alwaysramcharan #ur10.”

Ahead of the special occasion, Ram and Upasana flew to Italy to celebrate their anniversary. Recently, the couple was seen at the Hyderabad airport flying out of the city. The couple is currently in Tuscany as Upasana tagged IL Borro village in her Instagram Stories recently.

Last month, Ram in an Instagram post shared with Upasana that though he wanted a holiday it’d have to wait. Posted throwback pictures from a vacation in the mountains, he had written, “@upasanakaminenikonidela holiday on my mind too!! But has to waitttttttt……As #RC15 Vizag rolling!!”

RC 15 is Ram’s upcoming multilingual film for which he was shooting in Visakhapatnam. The actor is joining hands with filmmaker Shankar and will feature alongside actor Kiara Advani in RC 15. The film will be made in three languages. It will also mark Shankar’s foray into Telugu films.

Earlier this year, he was seen in SS Rajamouli’s RRR. Released in March, RRR opened to a thundering response at the box office with many lauding SS Rajamouli’s fantastical vision and grand mounting of a story of two friends. The film, which had clocked more than ₹1000 cr at the global box office, has been getting wider international acclaim ever since its Netflix premiere in May.