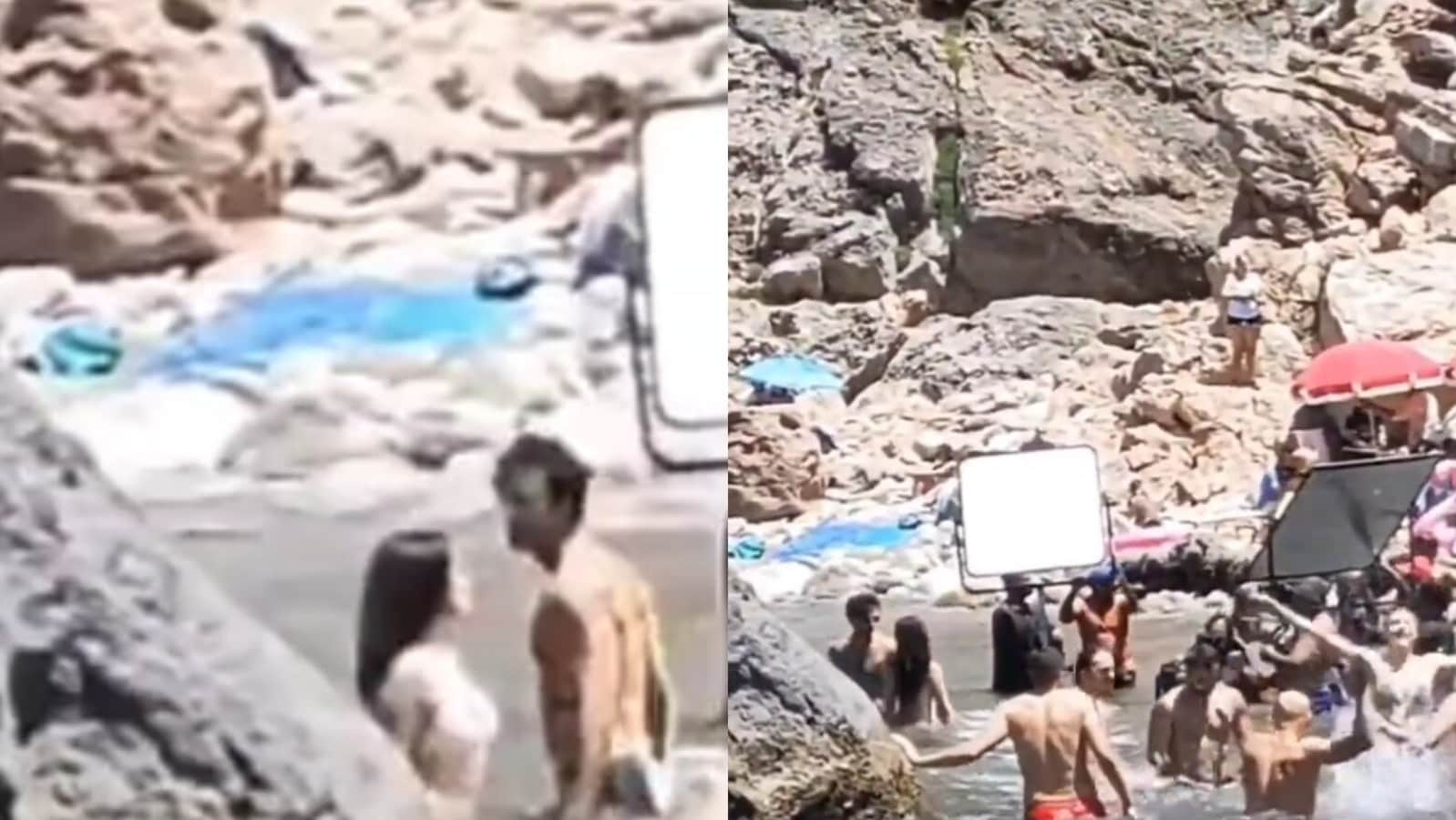 A new video of Ranbir Kapoor and Shraddha Kapoor from the sets of their upcoming film has been leaked on social media. In the latest behind-the-scenes video, Ranbir is seen shirtless as he appears to be filming a dance number with Shraddha in a river or stream. They are currently shooting in Spain for Luv Ranjan’s untitled film. (Also read: Ranbir Kapoor and Shraddha Kapoor shoot a dance number for Luv Ranjan film in Spain)

Several fan clubs of the actors shared the video on social media, claiming that it was for a song shoot from Spain. In the video, the film’s crew is also seen in the background. Reacting to the video, a fan wrote in the comments, “A shirtless Ranbir scene after sooo looong! He looks in great shape.” “Most excited,” added another user.

On Thursday, another BTS video from Ranbir-Shraddha’s international shooting schedule was doing rounds on the internet. It featured them in trendy outfits as a female choreographer was directing Shraddha’s moves with Ranbir. While the makers are yet to reveal the title of the film, they have confirmed it to be a romantic comedy. Apart from Shraddha and Ranbir, it will also star Dimple Kapadia and Boney Kapoor. The film is slated to debut in theatres around Holi next year.

As Ranbir is wrapping up his shoot in Spain, he is also gearing up for the release of his much-awaited film Brahmastra. Directed by Ayan Mukerji, it features him in lead role, marking the first time wife Alia Bhatt will be seen opposite him. The film also stars Amitabh Bachchan, Nargarjuna, and Mouni Roy as the primary antagonist of the film. Brahmastra, which has been in production for almost seven years, and has seen multiple delays, will finally release on September 9.

Besides this, Ranbir also has Sandeep Reddy Vanga’s Animal and Shamshera. On the other hand, Shraddha Kapoor, who was last seen in Baaghi 3, is reportedly starring in a supernatural thriller based on the concept of Naagin, mythical shapeshifting serpents.