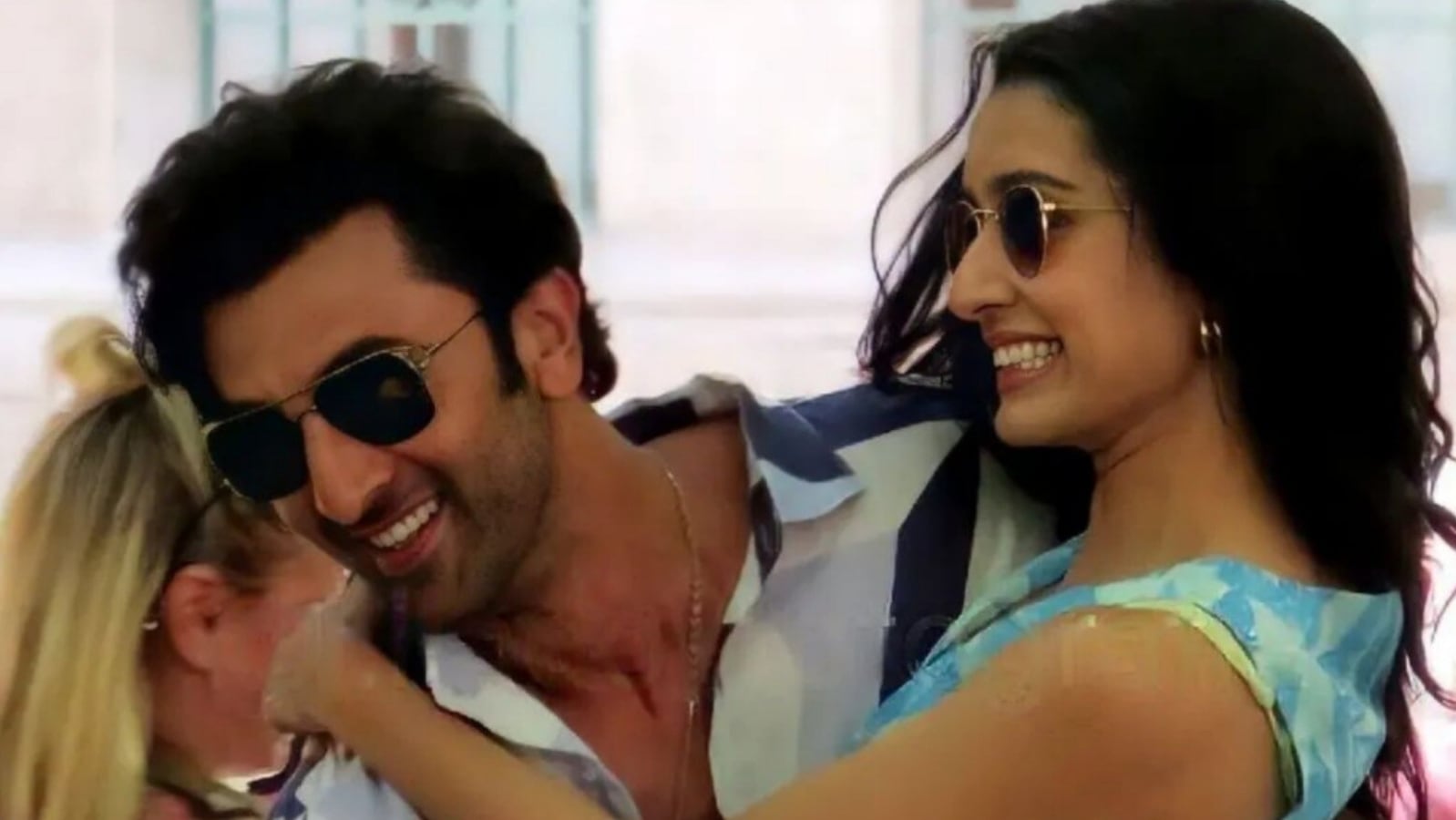 Actor Shraddha Kapoor cannot stop blushing as her co-star Ranbir Kapoor lifts her up in his arms in an unseen behind-the-scenes picture from their upcoming film. They will be collaborating for the first time for Luv Ranjan’s upcoming untitled film and are shooting for the  in Spain. Previously, they were spotted filming a dance number in a leaked video from the sets. (Also read: Shraddha Kapoor’s makeup artist gets injured on Luv Ranjan’s film sets in Spain)

In the recent picture, Shraddha and Ranbir are seen all smiles as they twinned in black sunglasses. While Shraddha donned a blue floral outfit, Ranbir opted for an abstract shirt. Reacting to the picture, a user wrote in the comments, “OMGGG my fav.” “So sweet,” added another fan with lots of red heart emojis.

During the film shoot in Spain, Shraddha’s makeup artist Shraddha Naik injured her leg on the second day in Mallorca. She suffered a ligament tear and her leg was put in a cast for 10 days. She was rushed to the hospital in an ambulance and later bounced back to work to fulfil her work commitment in a cast. Sharing her ‘scary’ experience, the makeup artist said on social media, “Never in 13 years of my career have I sat on a chair and done makeup.”

Luv Ranjan’s yet-untitled film is said to be a romantic comedy. Besides Ranbir and Shraddha in the lead roles, it will also star Dimple Kapadia. The film will mark BoneyKapoor’s acting debut.

As Ranbir is wrapping up his shoot in Spain, he is also gearing up for the release of his much-awaited film Brahmastra. Directed by Ayan Mukerji, it also features Alia Bhatt, Amitabh Bachchan, Mouni Roy and Nagarjuna. Brahmastra will release on September 9. But before that, Ranbir will be seen in Shamshera, which also stars Vaani Kapoor and Sanjay Dutt. The film will hit the screens on July 22.

Shraddha Kapoor, who was last seen in Baaghi 3, will be reportedly starring in a supernatural thriller based on the concept of Naagin, the mythical shapeshifting serpent.