Rashmika Mandanna stops bodyguard from sending her fan away, poses for pics with him. Watch 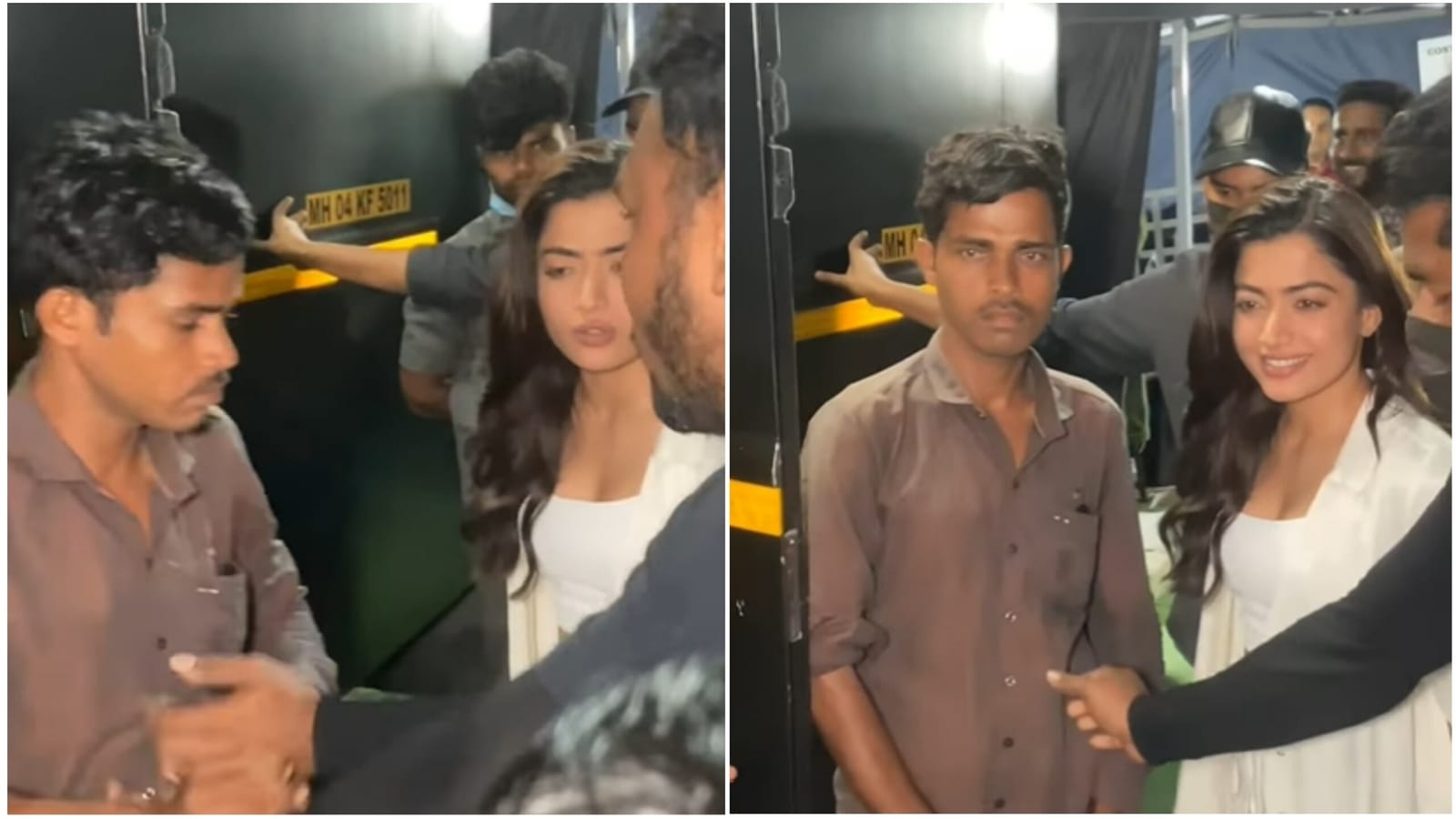 Rashmika Mandanna won praise on social media for her humility after a video of her interaction with a fan surfaced online. Her bodyguard was trying to send away a fan, who wanted to click a picture with her. Rashmika soon stepped in and asked her bodyguard to stop, and smiled as she clicked the picture with her fan. Also Read| Rashmika Mandanna reveals Ranbir Kapoor calls her ‘madam’, says ‘I do not like it’

The incident was captured in a video shared by a paparazzo account on Instagram. It showed Rashmika smiling and waving as she posed for the paparazzi in a white outfit. At one point, she asked the photographers, “What will you do with these pictures I am curious.” She also clicked a picture with a fan and then started to walk away.

Rashmika stopped as she saw another fan waiting to get clicked with her, but her bodyguard tried to move him away from her. She gestured her bodyguard to stop. She walked away after clicking a picture with the fan.

Fans took to the comments section to praise Rashmika. One wrote, “I liked that you said no and let your fan meet you,” while another commented, “Sweet and humble.” Others praised her smile and her down-to-earth nature.

Rashmika, who has worked in a number of films in the Kannada, Telugu, and Tamil film industry, last appeared in the 2021 hit action drama Pushpa: The Rise. She starred opposite Allu Arjun in the Telugu film and will also appear in its sequel Pushpa 2: The Rule. She is currently shooting for Thalapathy 66, directed by Vamshi Paidipally, which stars her opposite Vijay.