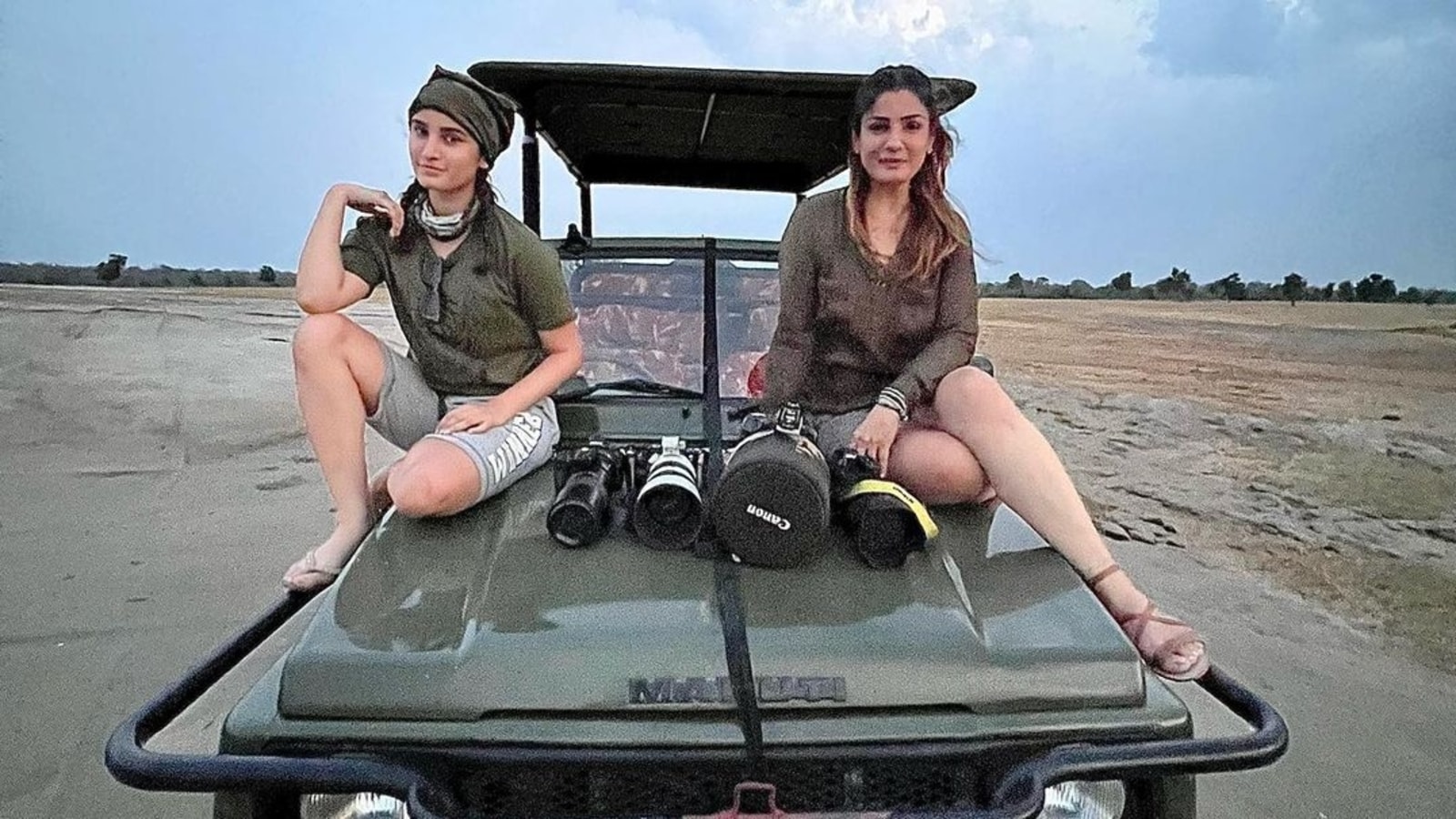 Raveena Tandon shared a bunch of photos with her daughter Rasha Thadani on Instagram. Rasha is Raveena and Anil Thadani’s daughter.

On Monday, actor Raveena Tandon shared a bunch of pictures with her daughter Rasha Thadani on Instagram. Along with some new pics, Raveena also added her and Rasha’s throwback pics. Recently, Rasha took Raveena out on a surprise lunch on her film, KGF Chapter 2’s success. Also Read: Inside Raveena Tandon’s fam-jam with husband Anil Thadani, their extended family: ‘Our tribe grows’. See pics

Sharing the pictures, Raveena wrote, “Then and Now. Always doing the “crazy” together! @rashathadani and I .” She shared a few mirror selfies of them and some pictures from their recent Satpura Tiger Reserve trip. The park is located at the Hoshangabad District of Madhya Pradesh.

One person commented, “The awesome mother-daughter wildlifer duo.” While one said, “Mom? You guys look like sisters,” many others dropped heart emojis in the comments section of the post.

Rasha and Raveena often share pictures together. Rasha shares videos of herself dancing on Instagram, with some of her videos also featureing Raveena. Apart from having a keen interest in dancing, Rasha is a black belt in taekwondo. Last year, Raveena took to Instagram and shared pictures and videos with Rasha in which the teen is seen holding her martial art certificate.

Anil Thadani and Raveena tied the knot in 2004. They have two children together – daughter Rasha and son Ranbir Vardhan. Meanwhile, her adopted daughters Pooja and Chhaya are married and also have children of their own. Last month, Raveena shared a series of pictures of herself, her husband Anil Thadani and their extended family. Also Read: Raveena Tandon celebrates KGF Chapter 2 success with a surprise party from daughter Rasha. See pics

Raveena is currently basking in the success of her last film KGF Chapter 2. The film follows the story of Rocky (Yash), an orphan rising from poverty to become the king of a gold mine. The first film came out in 2018. The second part that released on April 14 marks Sanjay Dutt’s debut in Kannada films. KGF: Chapter 2 also stars Prakash Raj, Malavika Avinash, and Srinidhi Shetty, among others.