Saira Banu breaks down in memory of ‘Kohinoor’ Dilip Kumar as she accepts Bharat Ratna Dr Ambedkar Award for him. Watch 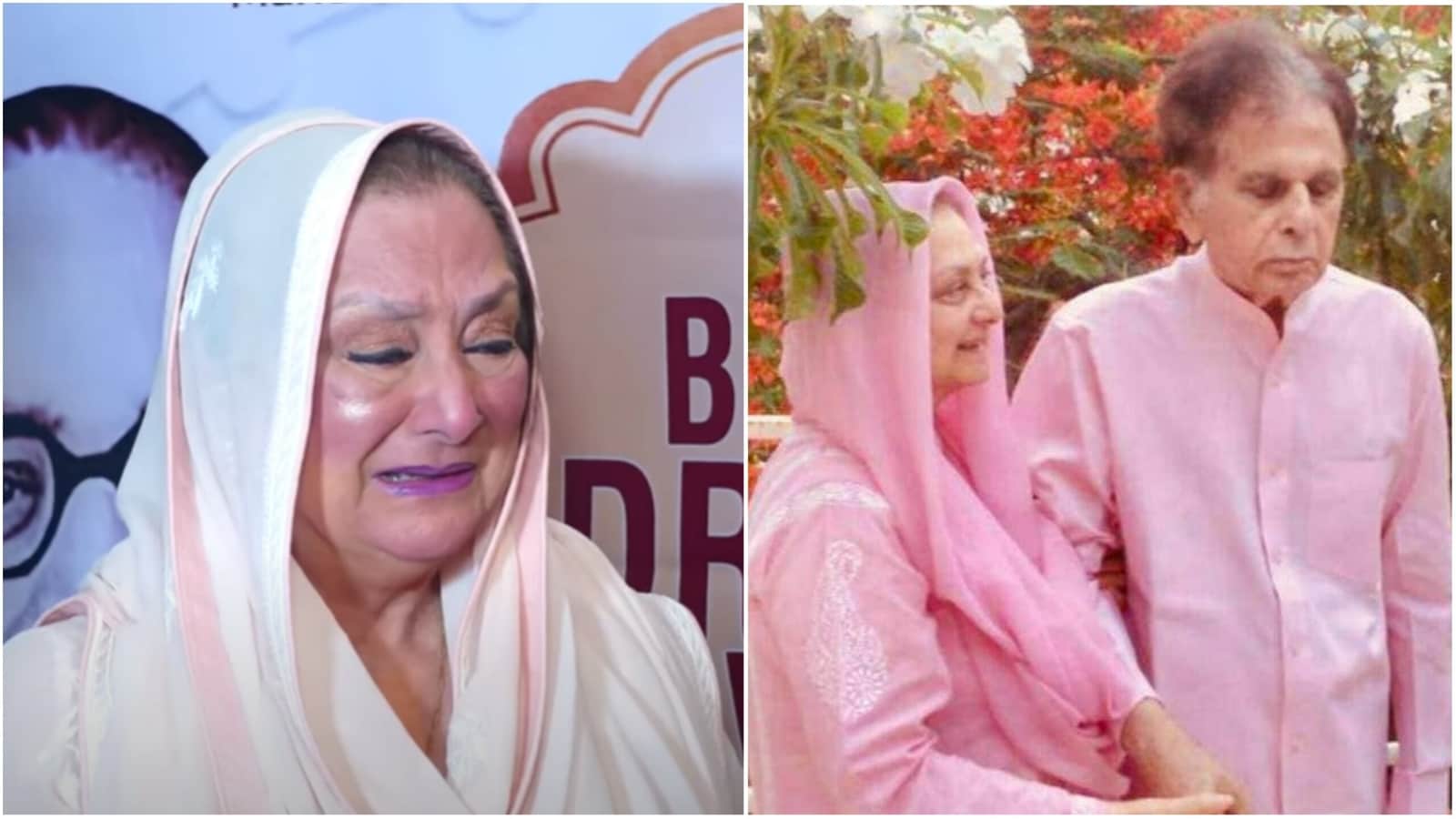 Veteran actor Saira Banu broke into tears as she accepted the Bharat Ratna Dr Ambedkar Award on her late husband, actor Dilip Kumar’s behalf. At the event on Tuesday, she said he was he was ‘still here’. Saira and Dilip married in 1966, and were together for 55 years before Dilip died in July 2021. Also Read| Saira Banu says she’s ‘extremely distressed’ after Dilip Kumar’s death: ‘Need Sahab so desperately in my life’

Dilip was recently announced as a recipient of the Bharat Ratna Dr Ambedkar Award, and Saira attended an event in Mumbai to accept it on his behalf. She spoke fondly of him, calling him her ‘Kohinoor’ (diamond), and also said she feels the late actor should be honoured with a Bharat Ratna as well.

A video shared by a paparazzo account showed Saira sweetly making sure that she is not covering her late husband’s poster while posing for pictures with union minister Ramdas Athawale, who presented her the award. She later broke down as Ramdas Athawale spoke about Dilip Kumar and how she stood by him his whole life. Saira said that this is the reason she does not like attending events as it makes her feel emotional.

Talking to the press at the event, Saira said that she feels Dilip is still close to her and watching everything. Talking about a Bharat Ratna for the late actor, Saira said, “It should happen, because Dilip Sahab has been the ‘Kohinoor’ for Hindustan. So ‘Kohinoor’ should definitely receive a Bharat Ratna.” She repeated, “He’s still here. He is not in my memories, I believe it’s the truth that he is here with me at every step, because this is how I will be able to live my life. I will never think that he’s not here. Wo mere paas hain, hamesha mera sahara banke rahenge– mera Kohinoor (He is with me, will always be here as my pillar of support- my Kohinoor).”

Dilip Kumar, born Mohammad Yusuf Khan, died on July 7, 2021, at the age of 98 after a prolonged illness. He was buried with state honours at the Juhu Muslim Cemetry that same day.