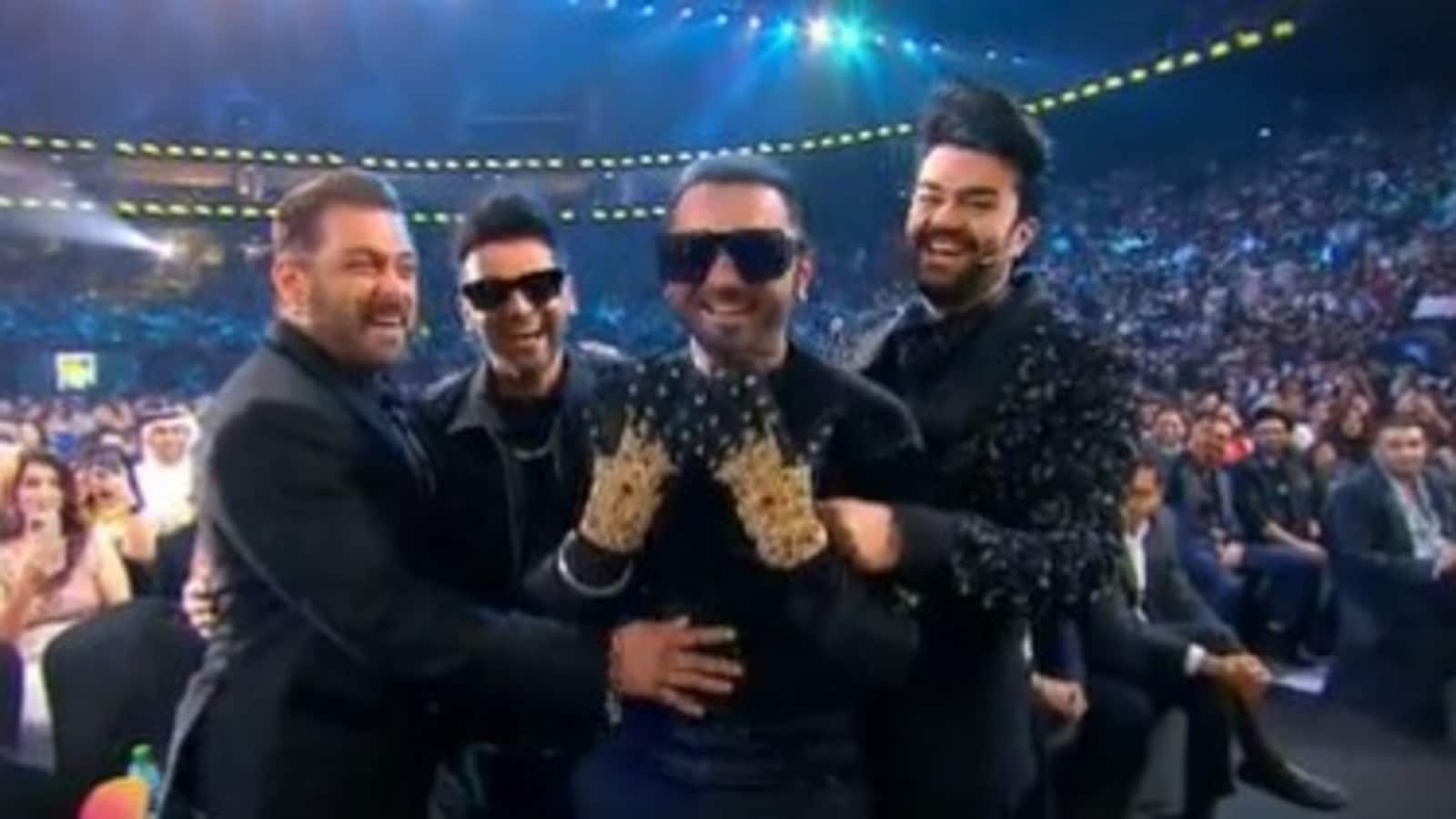 In a video shared by IIFA’s Instagram account, Maniesh says, “Yo Yo Guru Randhawa and Honey Singh are sitting here wearing black sunglasses. They were welding before coming to the show.” As soon as Maniesh says this a laughing Salman gets up from his chair and hugs Maniesh. Riteish Deshmukh, who is seen on the stage at the time hosting the show, fell on the floor laughing. Salman later comes and hugs Guru and Honey.

One person commented, “Can’t wait for this.” Many people wrote “Lol” and a few dropped laughing emojis in the comments section of the video.

IIFA Rocks 2022 was hosted by director Farah Khan Kunder and actor Aparshakti Khurana on June 3, while Salman Khan, Riteish Deshmukh, and Maniesh Paul served as hosts for the main night at IIFA 2022 on June 4.