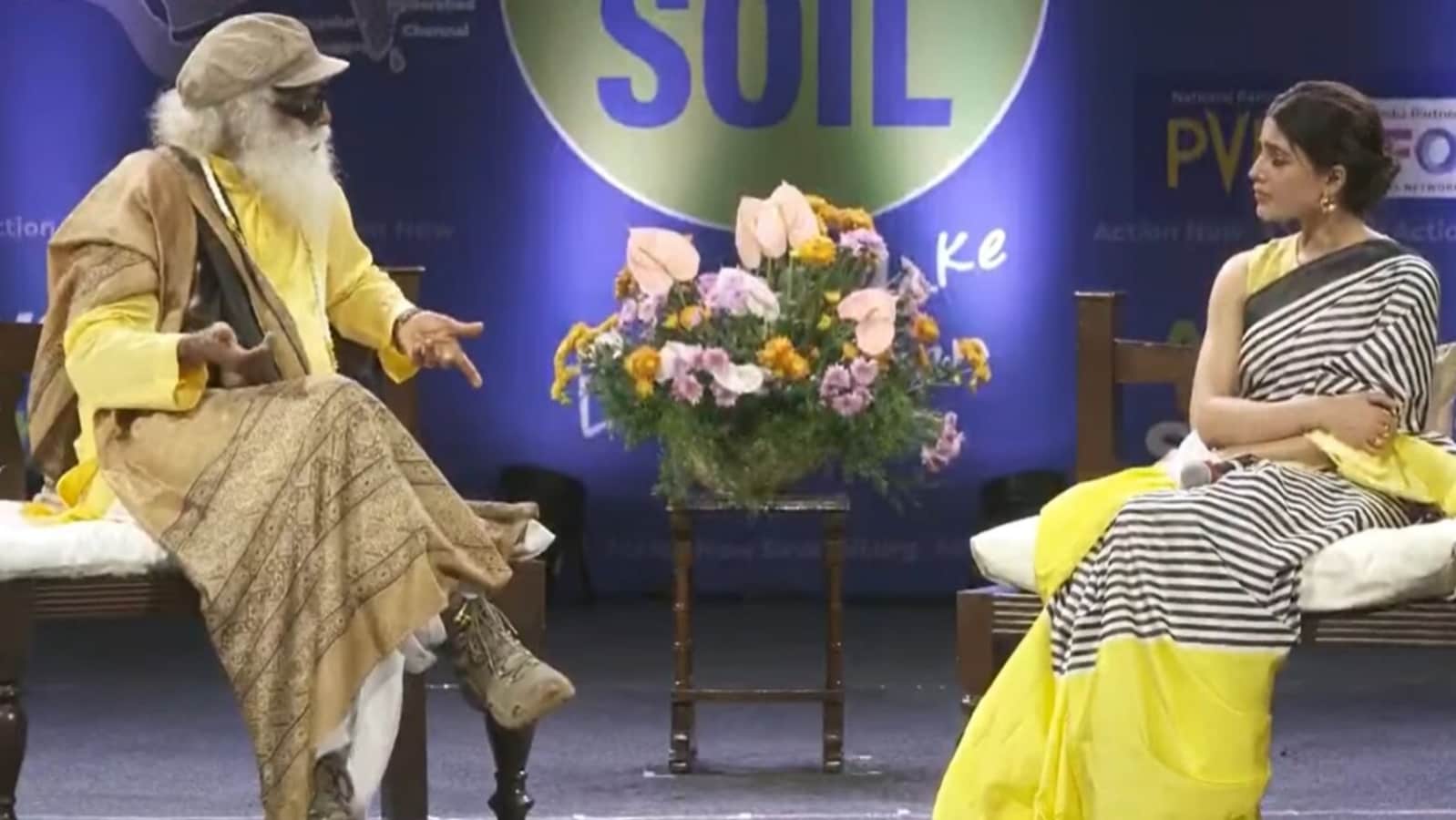 Actor Samantha Ruth Prabhu met spiritual leader Sadhguru at a recent event in Hyderabad and asked him about life’s injustice. During their interaction, she asked if unfairness in one’s life can be due to one’s ‘past karma’. Responding to her, Sadhguru said, “I want the world to be fair to me is a schoolgirl question.” The actor also opened up about rumours related to her and ex-husband, Naga Chaitanya. (Also read: How Samantha Ruth Prabhu continues to break the mould of what ‘traditional Indian heroines’ should do)

Samantha and Sadhguru talked about several topics surrounding the spiritual guru’s life and thoughts. They met to mark Sadhguru’s 100-day journey for his Save Soil movement. Apart from the actor, the event was also attended by Telangana Industries Minister, K. T. Rama Rao.

During the segment between Samantha and Sadhguru, she asked him a question that had been on her mind. She said, “How much of one’s life is a result of their past karma? Are the injustices and unfairness that one faces in one’s life a result of their past karma, and if so, do you accept these injustices and find solace in the fact that the karma is being cleared, even though it might seem detrimental to our lives in so many ways…?”

To this, Sadhguru replied by asking Samantha if she still expects the world to be fair to her. He further said, “By now, you should know the world is not fair. It will not be fair.” After he explained how life will always remain unfair, Samantha opened up about ‘false rumours’ about her being circulated on social media.

In 2021, Samantha announced her separation from husband, actor Naga Chaitanya. Talking about its aftermath, she said, “Your emotional investment into a personal crisis has overwhelmed me. Thank you all for showing deep empathy, concern and for defending me against false rumours and stories that are being spread. They say I had affairs, never wanted children, that I am an opportunist and now that I have had abortions. A divorce in itself is an extremely painful process. Let alone allowing me the time to heal. This attack on me personally, has been relentless. But I promise you this, I will never allow this or anything else they say, break me.”

Samantha will be next seen with Vijay Deverakonda in their upcoming Telugu film Kushi.