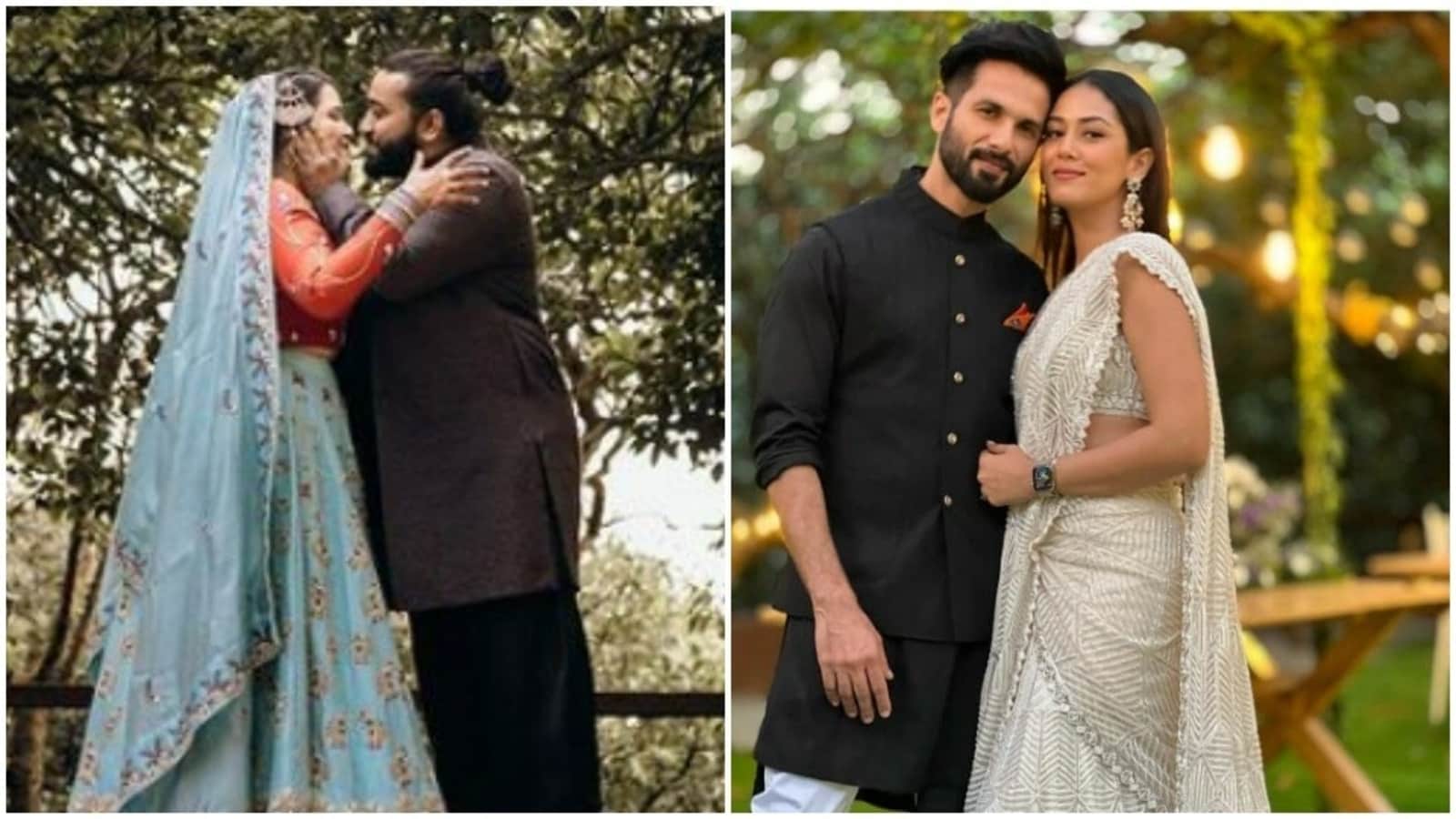 Sanah Kapur has shared the primary photos from her marriage ceremony with Mayank Pahwa. The actor, who’s the daughter of actor-couple Pankaj Kapur and Supriya Pathak, tied the knot with actor and assistant director Mayank Pahwa, son of actors Manoj Pahwa and Seema Pahwa. The marriage was held in Mahabaleshwar on Wednesday, March 2. Their households joined the couple for the event and a number of other photos from the pre-wedding festivities had been additionally shared on social media earlier within the day. Additionally Learn: Shahid, Mira bathe love on Sanah at her marriage ceremony, Misha and Zain pose for pics

Sanah Kapoor took to her Instagram account on Wednesday evening to share photos from her day marriage ceremony. The bride wore a pastel blue lehenga that she paired with an identical dupatta and an orange-red shirt, whereas the groom wore a patterned black kurta and jacket. Sanah captioned the put up with a easy coronary heart emoji.

The primary image confirmed them one another with smiles on their faces, whereas the second confirmed them standing underneath a gazebo as Mayank leaned in to kiss Sanah. The couple acquired a number of congratulatory messages on the put up, together with one from the bride’s sister-in-law Mira Rajput, who commented, “Congratulations,” including a number of purple hearts emoji.

Mira additionally shared just a few photos from the marriage on her Instagram account. She shared an image of herself and her husband Shahid Kapoor all dressed up for the marriage, and captioned it with a coronary heart. Shahid wore a black kurta and jacket with white pajamas for the marriage, whereas Mira wore an ivory lehenga-styled saree.

One of many photos shared by Mira confirmed a serviette carrying a sticker of the bride and groom’s names. One other {photograph} confirmed Sanah and Mayank standing underneath the gazebo for his or her marriage ceremony.