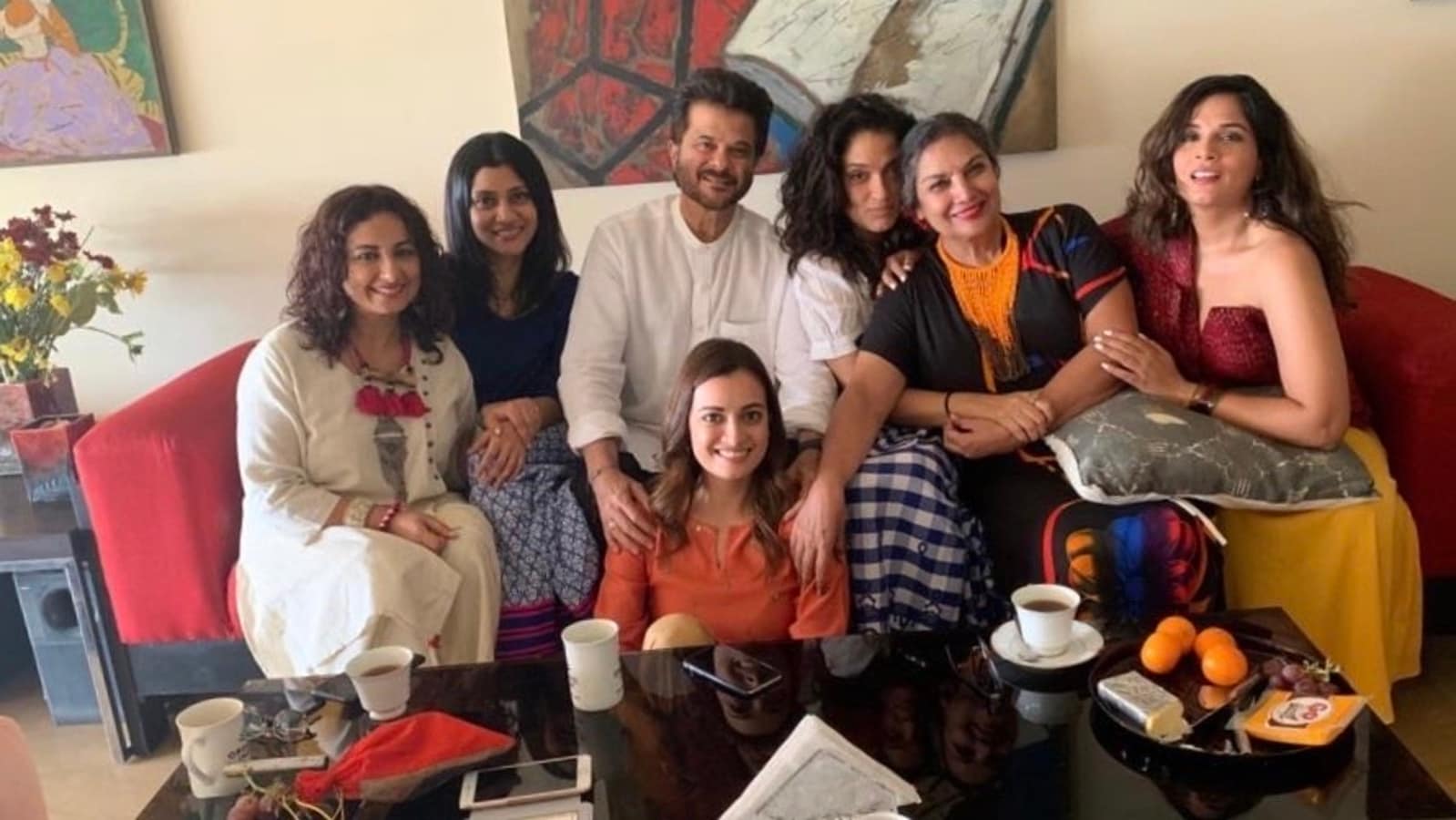 Veteran actor Shabana Azmi has shared a throwback picture of her get-together with several actors – Anil Kapoor, Dia Mirza, Konkona Sen Sharma, Richa Chadha, Divya Dutta and Sandhya Mridul. Taking to Instagram on Tuesday, Shabana posted the photo in which they all sat together posing for the camera. (Also Read | Shabana Azmi recalls her reply when she was asked to give ‘no expression’ for her passport pic)

In the picture, Shabana was dressed in a black and orange outfit, Anil opted for a white and black ethnic wear and Dia Mirza wore an orange kurti. Richa wore off-shoulder marron and yellow outfit and Konkona was in a blue dress. Sandhya and Divya were seen in white and off-white outfits respectively.

All the actors sat inside a room as they smiled for the photo. Shabana sat on a red couch along with Anil, Sandhya, Konkona, Richa, and Divya. Dia sat on the floor near Anil.

Several beverages and a food plate were seen on the coffee table near them. Sharing the photo, Shabana wrote, “Happy moments….” Reacting to the post, Divya wrote, “How much I miss them.” Dia commented, “Misssssss you.” They also dropped red heart emojis.

Fans also showered the post with love. A fan wrote, “Cup full of talent.” Another person commented, “Such an ensemble frame.” A comment read, “All talented people in one frame.” “All my favourites,” said another person.

Anil will be seen in JugJugg Jeeyo along with Neetu Kapoor, Kiara Advani, Varun Dhawan, and Maniesh Paul. The Raj Mehta directorial is produced by Karan Johar’s Dharma Productions and Viacom18 studios. The family entertainer will hit the theatres on June 24. Anil also has Sandeep Reddy Vanga’s Animal in the pipeline which also stars Ranbir Kapoor, Bobby Deol, and Rashmika Mandanna.

Fans will see Dia next in the upcoming sociopolitical drama Bheed which reunites her with director Anubhav Sinha. She also has Taapsee Pannu’s production Dhak Dhak, a road trip film alongside Ratna Pathak Shah, Fatima Sana Shaikh, and Sanjana Sanghi.