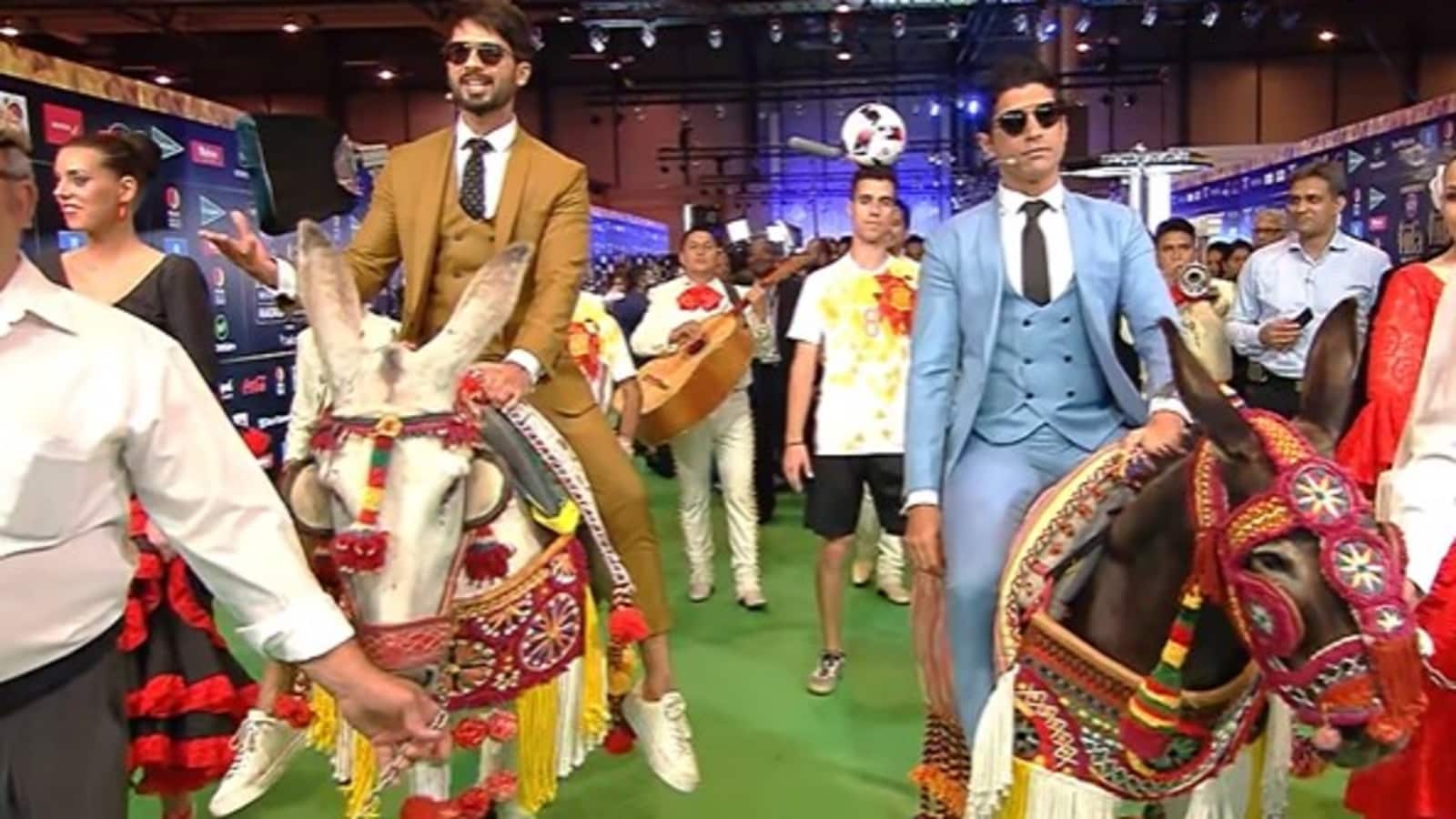 IIFA 2022 is all set to air on June 25, 2022 at 8 PM on Colors TV. In in a promo clip from the ceremony shared online, actors Shahid Kapoor and Farhan Akhtar are seen sitting on donkeys as they enter the stage. The award ceremony was held earlier this month at Yas Island, Abu Dhabi. Also Read: Salman Khan left in splits as Maniesh Paul jokes about Honey Singh-Guru Randhawa

In the video, Shahid Kapoor and Farhan Akhtar are seen riding two donkeys. Shahid says, “Those people who use to make their entries on hummers, sports bikes, through fire are now entering with two donkeys.” Farhan then says, “The donkeys must be thinking the same. I must say Pappu, nice ride.” Shahid thanks him.

One fan dropped a laughing emoji and wrote, “This was of my favorite IIFA awards,” another one said, “The way their outfits are colour coordinating is kinda funny. Lol.”