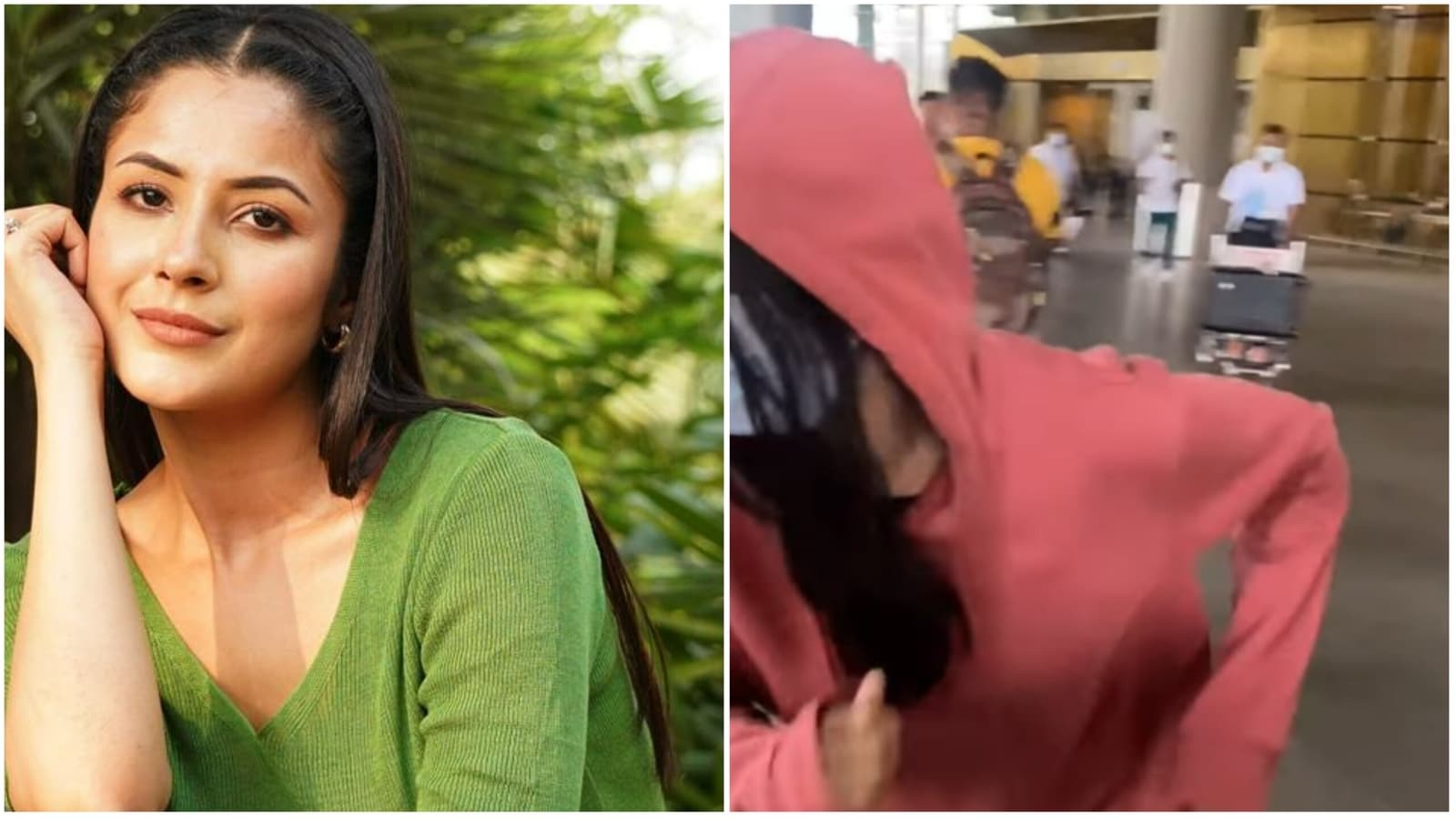 Shehnaaz Gill appeared to be in a goofy mood as she arrived at the Mumbai airport on Tuesday. The actor tried to run away from the paparazzi as they tried to click her pictures, and was also seen goofing around in videos she shared on her Instagram Stories. Fans found Shehnaaz relatable for her goofiness and praised her. Also Read| Shehnaaz Gill dances to Sidhu Moose Wala’s songs as she makes her ramp debut as a bride in red. Watch

It appears that Shehnaaz avoiding the paparazzi might have something to do with her rumoured casting in Kabhi Eid Kabhi Diwali. In videos shared by a paparazzo account, Shehnaaz was seen arriving at the Mumbai airport with her rumoured co-stars Siddharth Nigam and Raghav Juyal. Shehnaaz was wearing a red hoodie, which she used to cover her head as well, and had her face covered in a face mask.

However, the paparazzi were still able to spot her. After greeting Raghav Juyal, a paparazzo told Shehnaaz that they can see her, as she continued to keep her head down as she walked. A paparazzo said to Shehnaaz, “Kya baat hai! Shooting chaalu hai (Filming is underway).” After looking up for a second, Shehnaaz made a run for it, leaving the paparazzi completely surprised. She continued to avoid the paparazzi as she made her way to the car, but waved at them in the end.

Fans showered love on the videos, with one writing, “So simple – that’s why we relate to her so much.” Another commented, “Cutie aaj full mood mein hai (Cutie is in full mood today).” One wrote, “I love this goofy Sana soo much.”

Shehnaaz had also shared videos from her travel on Instagram which showed her with Siddharth and Raghav. One of the videos recorded by Siddharth showed them teasing each other as they sat in the car. Another video showed her goofing around at the airport, as she danced around while keeping both of her arms out of the hoodie.

Speculations about Shehnaaz making her Bollywood debut with Salman Khan‘s Kabhie Eid Kabhi Diwali have been doing rounds for a while now. She will reportedly romance Jassie Gill in the film, which will also feature Pooja Hegde opposite Salman.