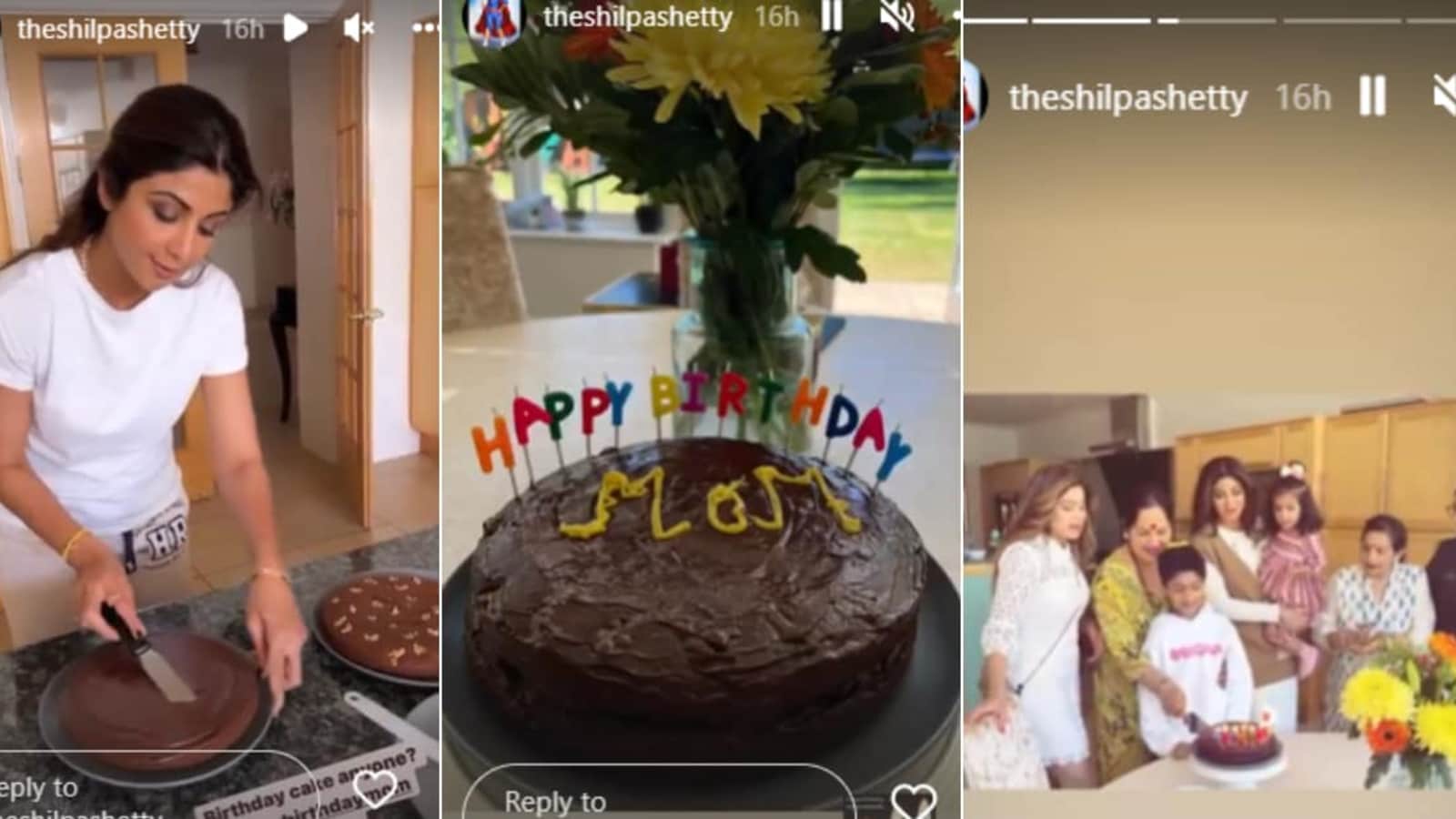 Shilpa Shetty and her family rang in her mother Sunanda Shetty’s birthday with a midnight celebration. On Monday, the actor also shared a video of her baking a chocolate cake for her mom on her Instagram Stories. She also shared her childhood pictures in a video complication, wishing Sunanda on Instagram. Also Read: Shilpa Shetty wishes her ‘cheerleader’ mother Sunanda Shetty on birthday, shares childhood pictures

In the first video that Shilpa shared on her Instagram Stories, the actor was seen decorating a chocolate cake. She wrote along with the video, “Birthday cake anyone? #HappyBirthdayMom #LondonDiaries.” Shilpa, also shared a picture of the cake she prepared for Sunanda. In another video she shared, Shilpa, her sister Shamita Shetty and Shilpa’s kids – Samisha and Viaan Raj Kundra – are seen singing Happy Birthday for Sunanda, as she cuts her birthday cake.

Earlier, Shilpa shared a video featuring mom Sunanda and penned a birthday note. Shilpa wrote, “My world, my rock, my bestie, my cheerleader, my force, my sun, moon and ever-shining star Happy birthday to you! Wishing you great health and miles of smiles always.” The clip featured several precious moments of the two, including some monochrome childhood photos and some from their latest photoshoot.

Shilpa’s film Nikamma released on June 17. Directed by Sabbir Khan and produced by Shabbir Khan Films and Sony Pictures India, the film also stars Abhimanyu Dassani and Shirley Setia. Hindustan Times described Shilpa’s character in the film as ‘gutsy, fierce yet vulnerable, and wow’. Also Read: Nikamma review: This Shilpa Shetty and Abhimanyu Dassani-starrer is an unbearable film that will test your patience

She also has Rohit Shetty’s Indian Police Force in the pipeline. The project, which will stream on Amazon Prime  Videos, also stars Sidharth Malhotra and Vivek Oberoi. It pays an ode to the “selfless service, unconditional commitment and fierce patriotism” of police personnel across the country.