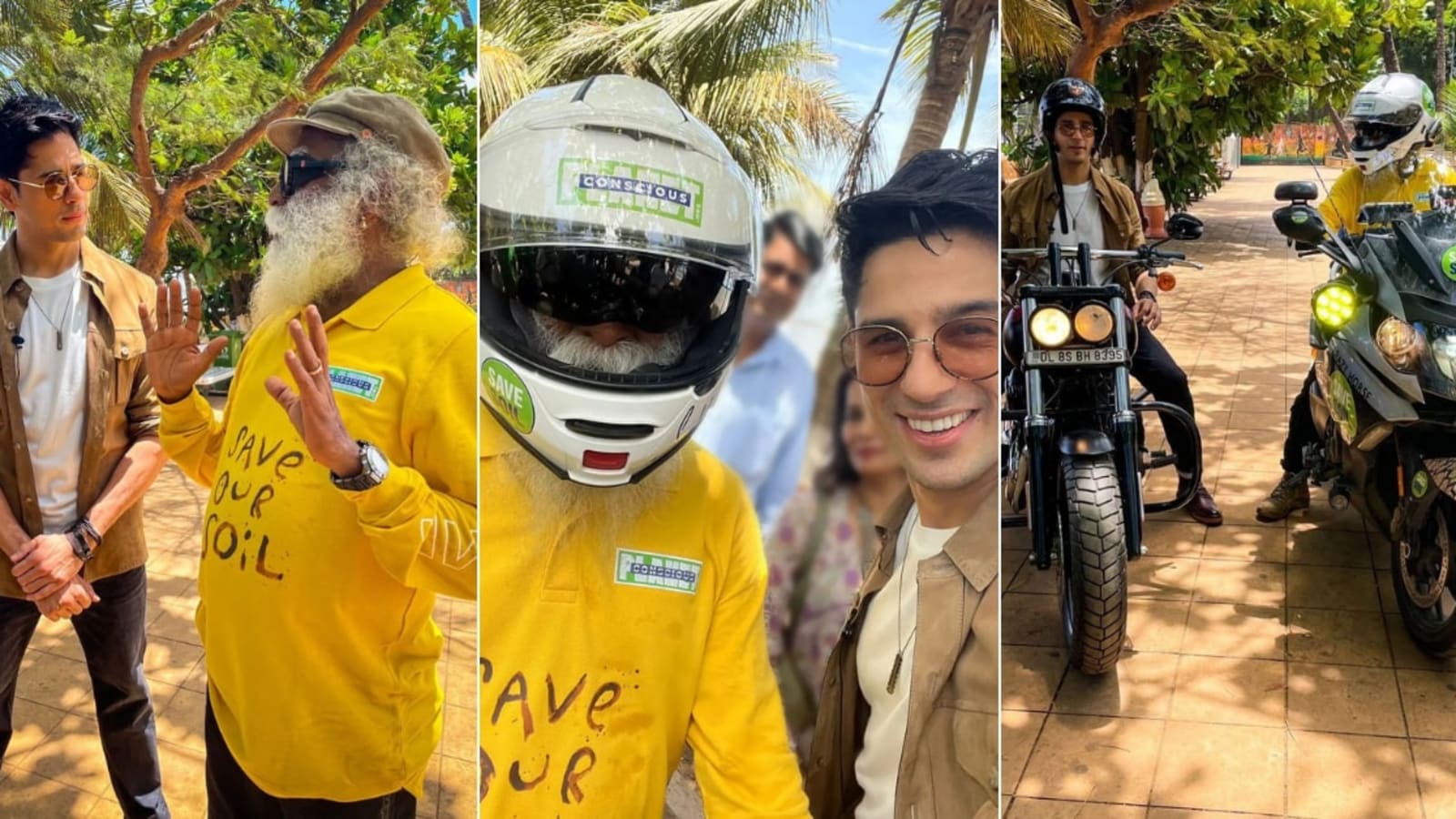 Actor Sidharth Malhotra recently met spiritual guru Sadhguru Jaggi Vasudev. Taking to his Instagram handle, Sidharth shared a bunch of pictures of a bike ride with Sadhguru for the Save Soil Movement. In the pictures, Sidharth could be seen having an interesting conversation with Sadhuguru before their ride. Also Read: Kiara Advani posts congratulations for KRK’s book on Twitter then deletes it, he blames Sidharth Malhotra for it

Sidharth is seen wearing a white round-neck T-shirt that he paired it with a khaki shirt and denims. On the other hand, Sadhguru was seen dressed in a yellow t-shirt with Save Our Soil written on it and a pair of denims. In another picture, Sidharth and Sadhguru could be seen sitting on the bike all geared up for the ride and posing for the camera. He captioned the pictures, “Destination #HealthyFuture. #SaveSoil ride with @sadhguru.”

Complimenting Sidharth, a fan said, “Super proud of you for coming forward in initiatives like these.” Calling it an unexpected crossover, another person wrote, “A crossover we never expected.” A comment also read, “You’re ageing backwards I’m convinced.”

Spiritual guru Sadhguru whose fondness for motorcycles is well-known recently completed 100 days of solo biking, traversing 27 nations as part of his Save Soil campaign. Sadhguru had in his previous Rally for Rivers campaign also used motorcycles.

Sidharth was last seen in Shershaah, which also starred his rumoured girlfriend Kiara Advani. He will be next seen in Rohit Shetty’s upcoming web series, Indian Police Force. The show will star Sidharth as Kabir Malik. Actors Vivek Oberoi and Shilpa Shetty will also star in the series.

Apart from this, he also has Thank God and Yodha in the pipeline. Thank God also features Ajay Devgn and Rakul Preet Singh. In Yodha, directed by Sagar Ambre and Pushkar Ojha, he will be seen with Disha Patani and Raashi Khanna. Produced by Karan Johar, the film is slated to release in November 2022.