Sonali Bendre and Jaideep Ahlawat dance to her song Humma Humma from Bombay, he calls himself ‘one of the luckiest guys’ 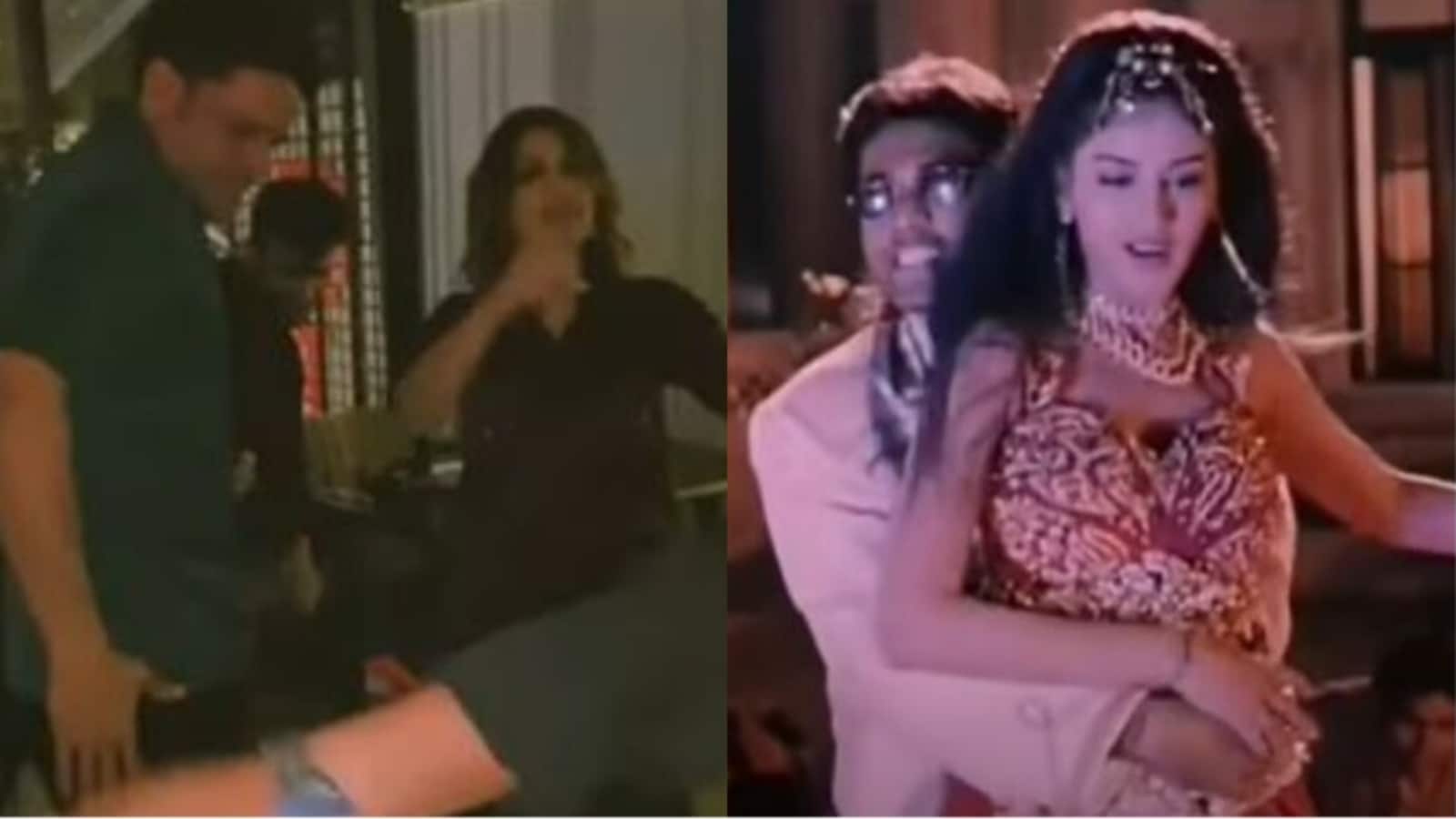 Actors Sonali Bendre and Jaideep Ahlawat danced to her old song Humma Humma at the success party of their latest series, Broken News. Taking to Instagram, Jaideep posted a clip in which the duo was seen grooving to the song from the film Bombay (1995). The original song featured Sonali along with choreographer-actor Nagendra Prasad. (Also Read | The Broken News review: Sonali Bendre makes strong return, but this run-of-the-mill thriller is saved by Jaideep Ahlawat)

In the clip, the duo is seen with the other cast and crew members of Broken News. Though others can be seen enjoying themselves, Sonali and Jaideep grooved side-by-side to the song on the dance floor. For the event, Sonali wore a purple outfit and paired it with heels. Jaideep opted for a green shirt, black pants and shoes. The video ended by giving a glimpse of actor Taaruk Raina, who made a face at the camera.

Jaideep captioned the post, “For Those Who haven’t seen me dancing (see-no-evil monkey emojis). And that with The Original ‘HUMMA GIRL’ (red heart emojis). Ain’t me one of the luckiest guys in the world to dance with her on this !!!! Success Party #brokennews.” He tagged the team of Broken News.

Earlier, Taaruk on Instagram shared several photos with Sonali, Jaideep and other cast members of the show. In one of the pictures, he was seen posing for a selfie with Sonali and in another with Jaideep. Taaruk also dropped a photo of the entire team. He wrote, “We broke the news! God bless this team. #thebrokennews.”

Broken News, which released in June on Zee5, features Sonali, Jaideep, Shriya, and Taaruk among others. The show follows the story of two rival Mumbai-based news channels–Awaaz Bharati (an independent, ethical news channel) and Josh 24/7 News (which offers sensationalist and invasive journalism). The Broken News is helmed by Vinay Waikul.