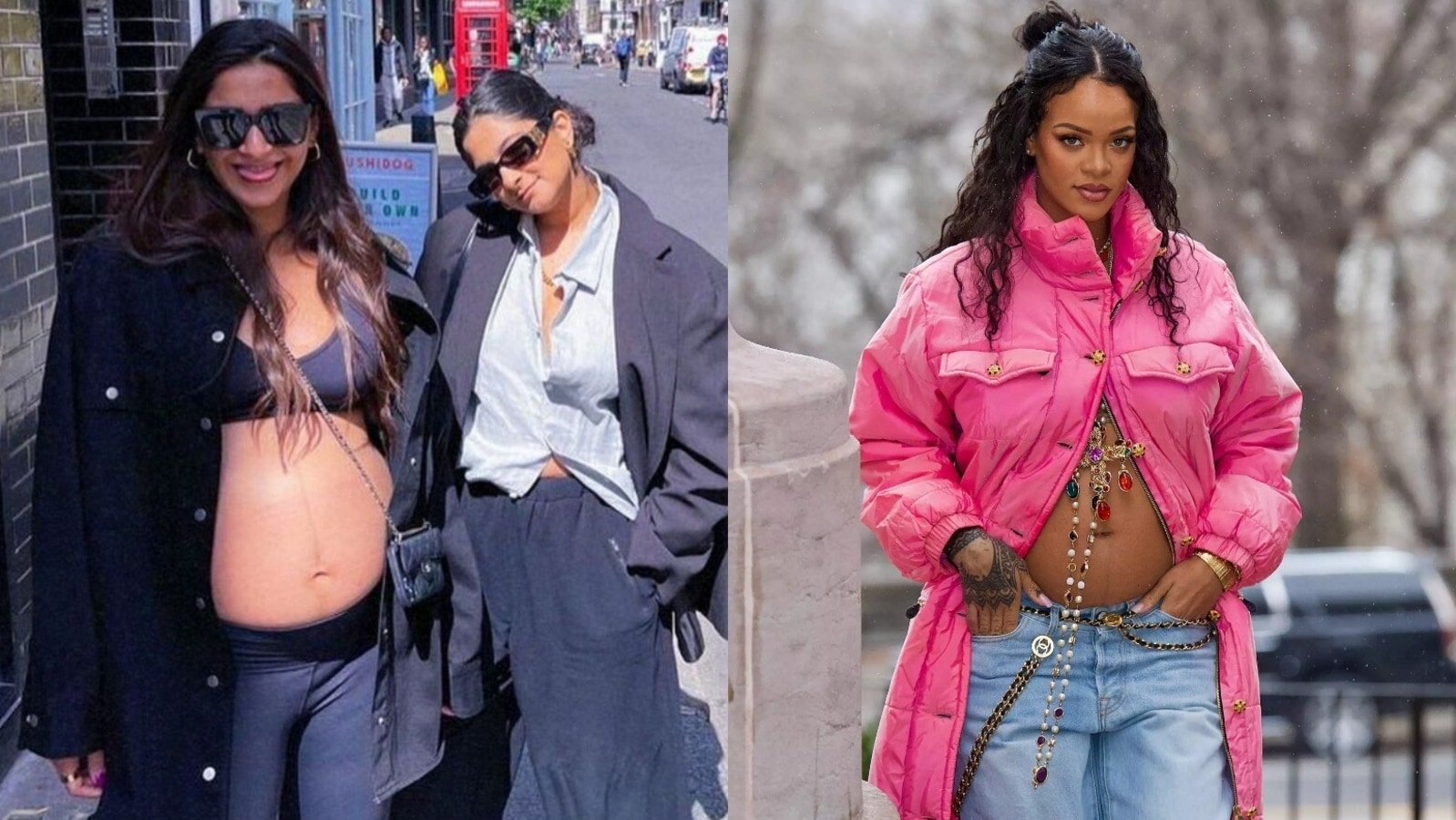 Film producer Rhea Kapoor has shared a series of pictures from her latest trip to London with sister Sonam Kapoor. Mom-to-be Sonam turned a year older recently and celebrated her special day in London. In the latest pictures, the actor is seen out and about with Rhea and her husband, Karan Boolani. (Also read: Pregnant Sonam Kapoor begins third trimester with a photoshoot; fans call her a ‘goddess’. See pic)

Going by the pictures, Sonam stepped out in a crop top and maternity pants. She finished off her look with a jacket and her baby bump is the highlight of the photo. Her outfit has instantly reminded us of international pop singer, Rihanna’s maternity fashion.

Rhea has also shared a glimpse of the food enjoyed by them during their outing and captioned her post, “Rock up to the best meal of the trip like….(So far)”. Previously, she had shared a sneak peek of Sonam cutting her birthday cake in London. It was followed by a quick preview of their celebration, including Sonam’s birthday spread. It read, “London so far…” They were also joined by Sonam’s husband Anand Ahuja.

Sonam and Anand tied the knot in May 2018, and are expecting their first child together. The actor announced her pregnancy news on social media earlier in March this year. Sharing maternity photos, she wrote, “Four hands. To raise you the very best we can. Two hearts. That will beat in unison with yours, every step of the way. One family. Who will shower you with love and support. We can’t wait to welcome you.” Sonam added the hashtags #everydayphenomenal #comingthisfall2022 to her post. The couple recentlyreturned home from her ‘babymoon’.

Sonam will next be seen in Shome Makhija’s Blind alongside actors Purab Kohli, Vinay Pathak, and Lillete Dubey.