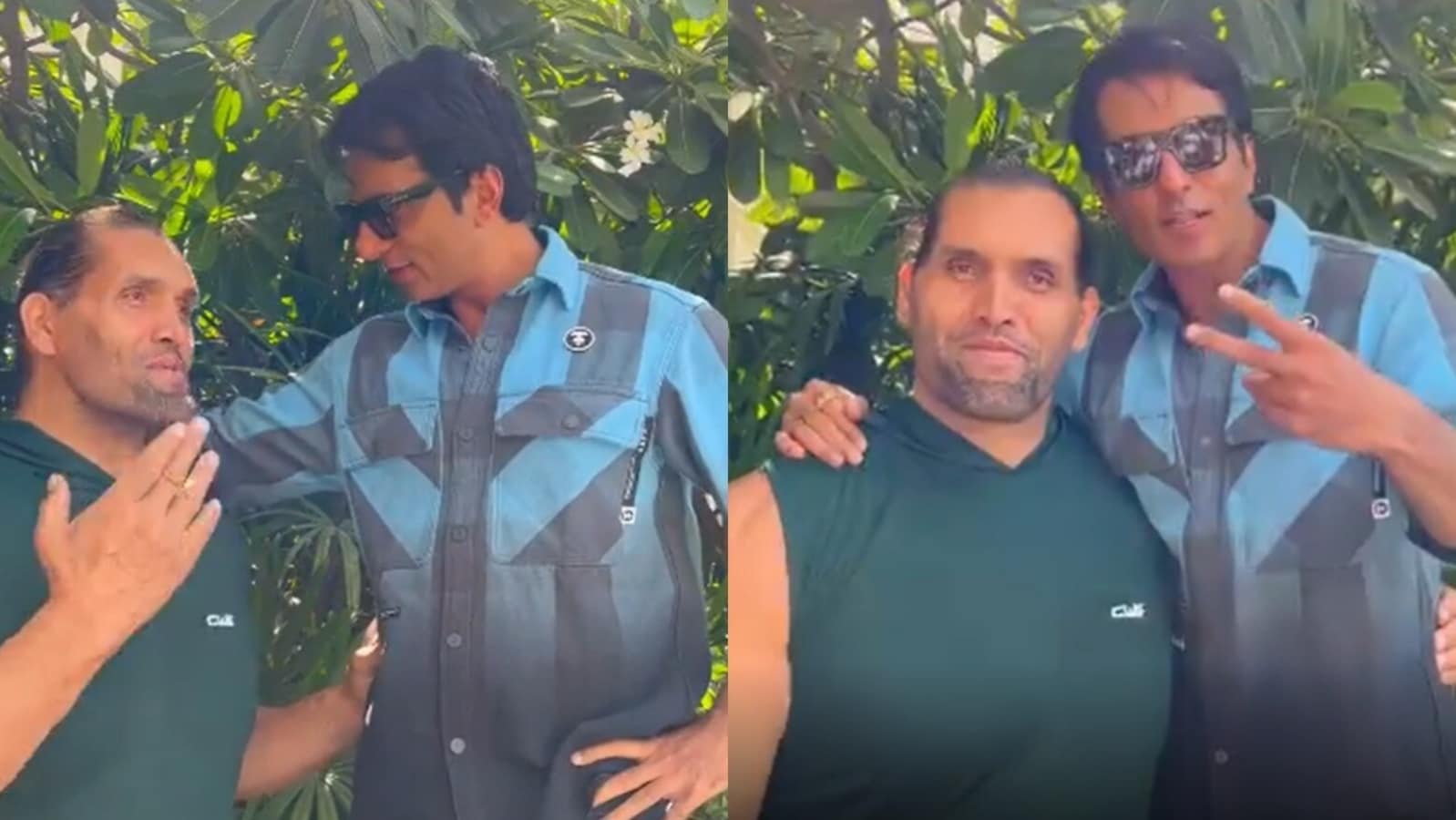 Actor Sonu Sood met former wrestler The Great Khali recently and shared a video of their interaction on social media. In the video, he has spilled the beans on how to look taller than Khali and left fans laughing in the comment section. He wrote, “How to grow taller than@thegreatkhali, formula number 36.” (Also read: Sonu Sood helps little Bihar girl who was born with four legs, four arms)

The video begins with Sonu saying, “Height is an important thing.” Introducing Khali in the video, the actor added that whenever he meets the wrestler, he has to look up while talking. To this, Khali asked Sonu how did he manage to grow taller than him. “I have started exercising to grow taller. I do a lot of hanging exercises as well,” reasoned Sonu. When asked his thoughts on Sonu’s ‘increased height’, Khali responded, “Acha lag raha hain. Pehli baar life mein dekha merese lamba bhi koi banda hain. (It feels good. This is the first time in my life that I have seen someone taller than me.)”

Sonu ends the video by asking the cameraperson to go show the audience the secret to his height. He is seen standing on a wall to match his height with Khali. “Yaad rahein Khali se lamba hona hain toh yein formula apnana bohot jaruri hain (If you want to look taller than Khali, then you must use this trick).” Reacting to the hilarious video, a user wrote in the comment section, “Good tips.” “Are sir aap ne to Khali sir ke sath hi prank kr diya (You have pranked Khali sir),” added another fan.

Sonu Sood recently starred in Akshay Kumar-starrer Samrat Prithviraj. Directed by Chandraprakash Dwivedi, the film also stars Sanjay Dutt, Ashutosh Rana, and Manav Vij in key roles. However, the film has currently fallen ‘flat’ at the box office as per film trade insiders. Released on June 3, it is likely to wrap up with ₹65 crore lifetime.