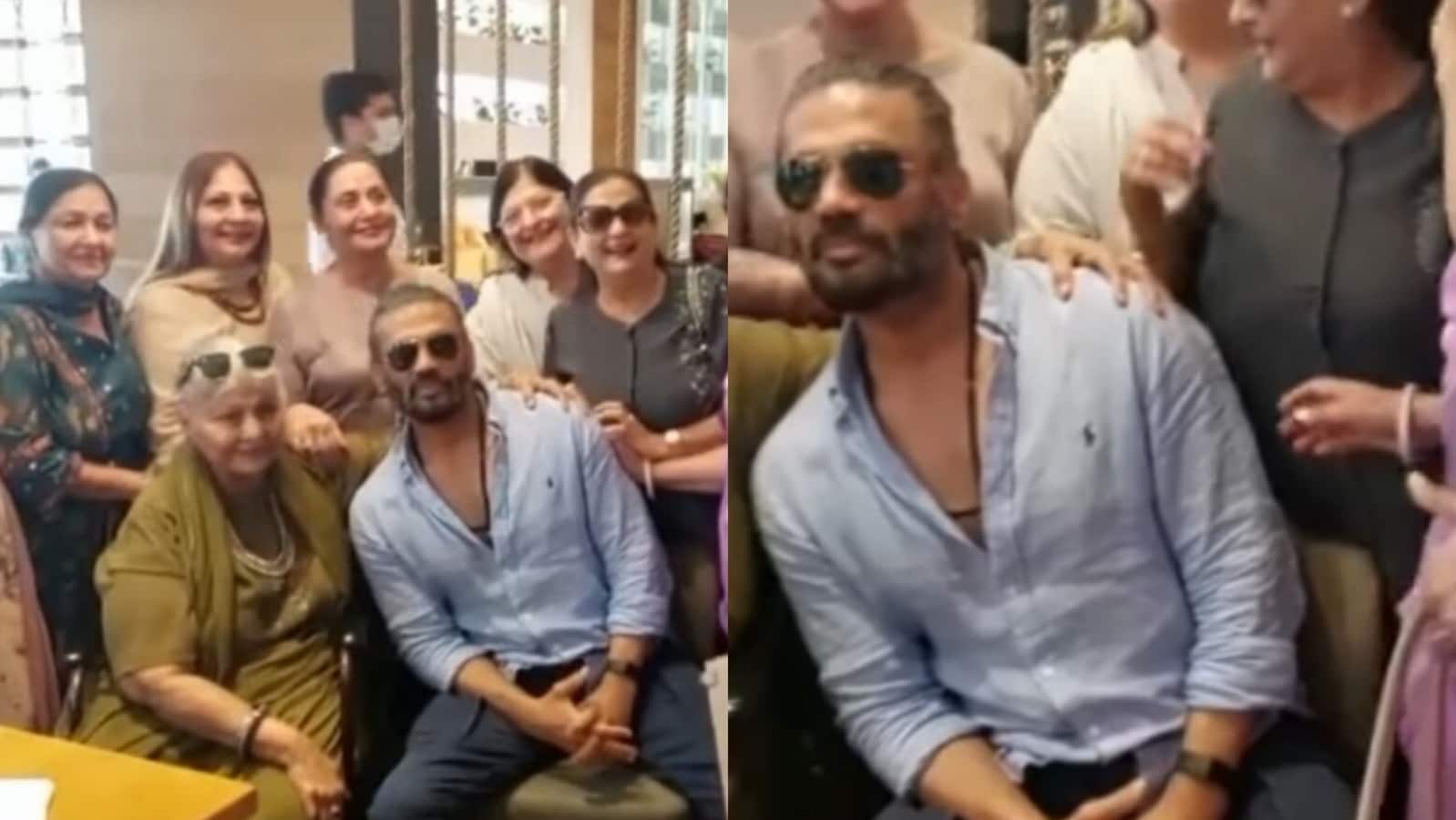 A video of Suniel Shetty with his fans has surfaced online. In the video, he is seen sitting with a group of elderly people as they recited Dhadkan title track for him.

Actor Suniel Shetty remains one of the popular names in Bollywood and enjoys a huge fan following among all age groups. Recently, a video of him interacting with a group of older female fans has surfaced on the internet. In the video, he is seen joining the senior citizens as they recite the lines from the song, Dil Ne Yeh Kaha Hain Dil Se from his hit film Dhadkan. (Also read: Suniel Shetty reacts to marriage rumours of Athiya Shetty and KL Rahul: Times have changed, it is for them to decide)

The video begins with Suniel Shetty in his casual look, surrounded by seniors. He is seen sitting in the middle of a group of fans, who start reciting the title track of Dhadkan. As they are unable to finish it, the actor too joins them and it’s undeniable the highlight of the video. The video appears to be taken inside an eatery.

Suniel Shetty made his Bollywood debut with Balwaan in 1992. Some of his most successful films are Gopi Kishan, Anth, Mohra, Border, Hera Pheri, and Main Hoon Na. This also includes his hit 2000 film Dhadkan, co-starring Shilpa Shetty and Akshay Kumar.

Directed by Dharmesh Darshan, Dhadkan was a huge success along with its music. The story of the film focused on a wealthy girl, Anjali (Shilpa), who is forced by her family to leave her boyfriend Dev (Suniel) to marry Ram (Akshay) While Anjali and Dev’s marriage starts off on a bad note with the memories of her past relationship, she gradually falls in love with him. However, things take a different turn when Dev returns to their life after acquiring wealth. It also starred Mahima Chaudhry in a key role.

Earlier, there were reports about a possible sequel of Dhadkan. However, later, it was dropped. Talking about it in 2020, Suniel once told The Times of India jokingly, “Hopefully, Dharmesh Darshan and Venus will produce Dhadkan2 with my son Ahan Shetty and Akshay Kumar’s son and now also with Shilpa Shetty’s daughter.”