Twinkle Khanna asks if kids use this tactic to ‘drive mothers insane’, fans call it ‘most relatable thing ever’. Watch 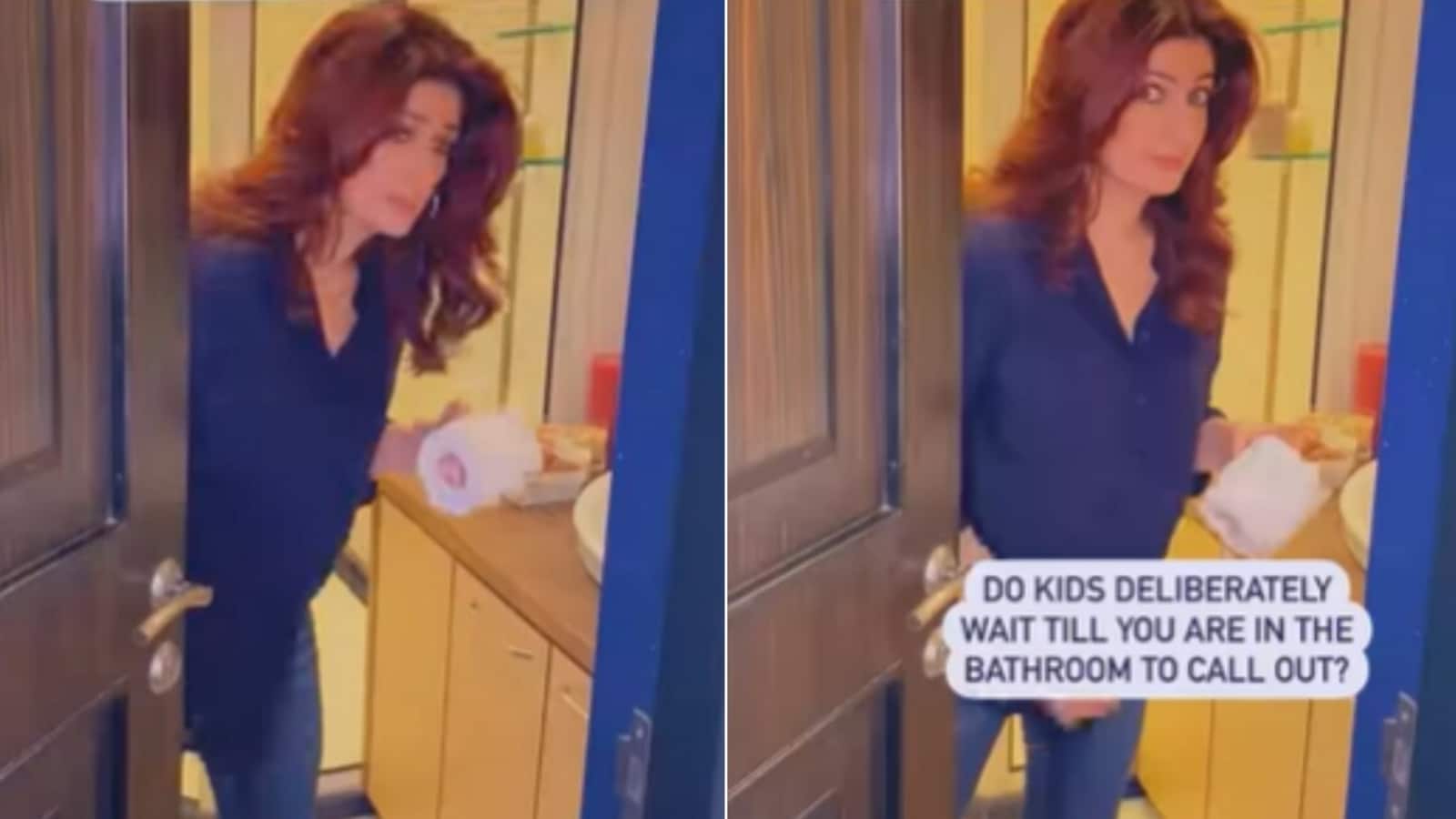 Actor and writer Twinkle Khanna shared a funny new video on Instagram. In the short clip featuring her, Twinkle shares the ‘soundtrack running through every mother’s life’. Twinkle often shares her pictures and videos on social media. On June 8, she posted a throwback picture from her younger years to mark her mother, actor Dimple Kapadia’s birthday. Also Read: Akshay Kumar says he and wife Twinkle Khanna don’t interfere with each other’s life: ‘We think in opposite directions’

Sharing her new video on Monday, Twinkle wrote, “Is this a deliberate tactic to drive all mothers insane? Do they lurk around waiting to strike as soon as they sense that our bladders feel it’s safe to let go? Are they secretly agents from L’Oréal hoping to turn our hair grey early so we spend all our money on hair dye? Raise your hand if this is the soundtrack of your life as well.” She also added AR Rahman’s song Ma Tujhe Salaam to her Instagram Reels.

On Twinkle video, she added the text, “The soundtrack running through every mother’s life.” Adding some more text, she wrote, “Do kids deliberately wait till you are in the bathroom to call out? Can this be a punishable offence? Point to be noted milord.”

An Instagram user commented on her video, “My husband does this to me all the time. Matlab ki telepathy say pata chal jaata hey ke mein washroom mein hoon (I feel he comes to know that I am in the washroom through telepathy).” Relating to this, one wrote, “Every single time.” One mom wrote, “Yeah story of my life since the last two years at times I hear them in the bathroom even in the middle of the night,” while another one said, “This is the most relatable post that I saw today.”

Twinkle and actor Akshay Kumar married on January 17, 2001. They share two children together – son, Aarav and a daughter, Nitara.

Twinkle, who made her acting debut with Barsaat in 1995, quit films after a few years – her last film as an actor was Love Ke Liya Kuch Bhi Karega in 2001. She has often said that she did not enjoy her stint in films. Twinkle made her debut as a writer with Mrs Funnybones in 2015. She followed it up with an anthology of stories titled The Legend Of Lakshmi Prasad, which released in 2017, and the fiction novel Pyjamas Are Forgiving, which came out the following year.