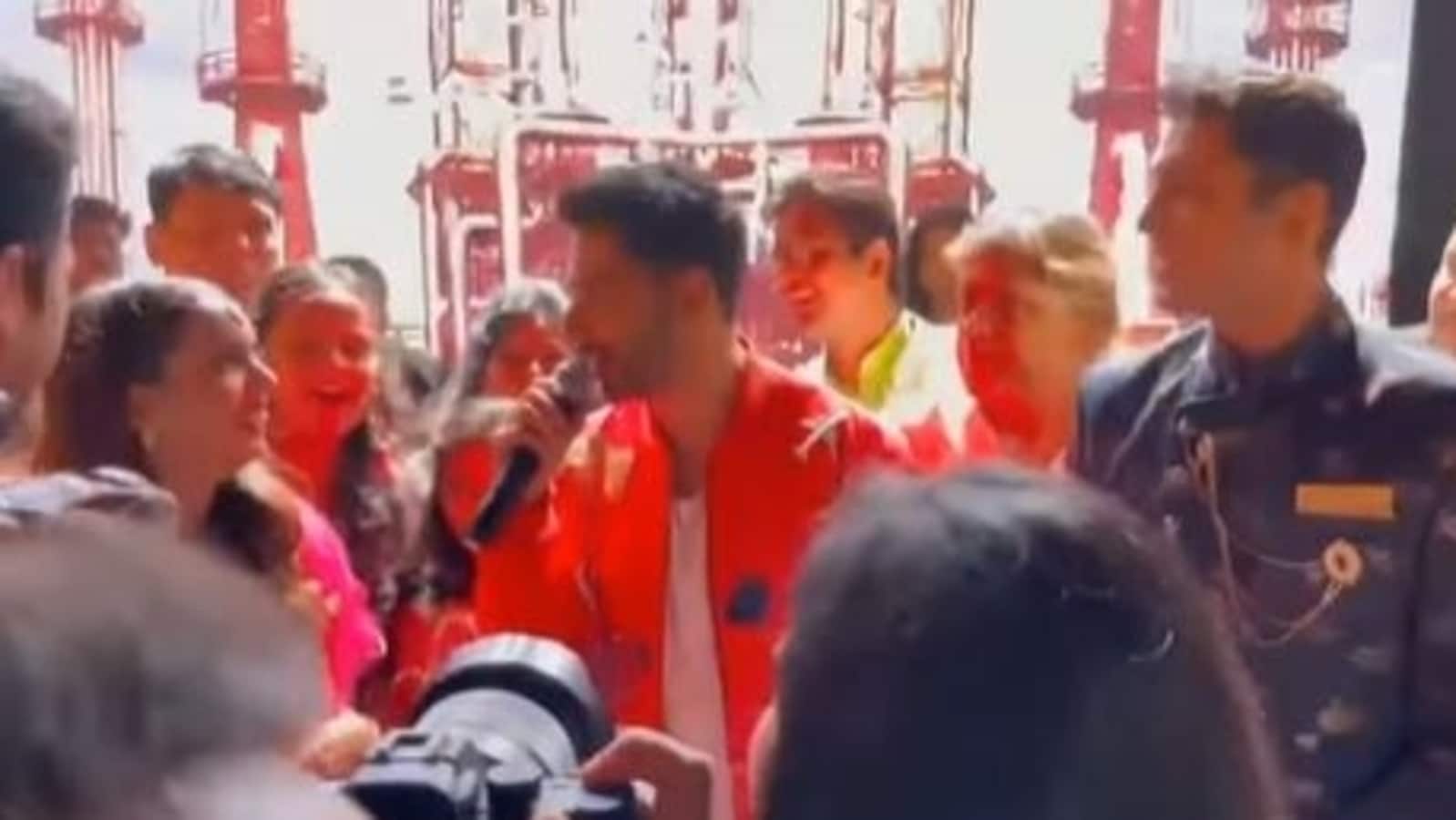 Actors Varun Dhawan and Maniesh Paul surprised a couple at their pre-wedding function in Delhi. The cast of JugJugg Jeeyo has been travelling to different cities for the promotion of their upcoming film. Taking to Instagram, a fan posted a video in which Varun was seen extending his best wishes to the couple. (Also Read | Here’s what Varun Dhawan told Kartik Aaryan to make him come on stage for a dance on JuggJugg Jeeyo song)

In a video, Varun said, “You are staying in the same hotel. We were out the whole day and somebody told us that a wedding is happening here of Meenakshi and Kamal…When are you getting married? Tomorrow, right? Tomorrow is a big day guys. I would like to wish you guys all the best for your wedding and hope you have a very very happy life ahead. Aap dono please JugJugg Jeeyo (Both of you stay blessed). Have a great great life.”

When someone asked Varun to sing, he said, “I’m not a musician.” Looking at Maniesh he said, “He will sing.” After the guests asked him to dance, Varun asked them to play the song Nach Punjaban from his film JugJugg Jeeyo. In the clip, Varun wore a white T-shirt, blue denims, an orange-coloured jacket and shoes.

Varun is in the capital with the whole team of JugJugg Jeeyo. Earlier on Sunday, he was seen dancing on the roof of a car to Nach Punjaban. A huge crowd gathered at Connaught Place to watch him. Many of them were seen recording videos and clicking pictures. Prior to that, Varun along with Anil Kapoor, Neetu Kapoor, Kiara Advani and Maniesh visited Delhi’s Vegas Mall for the promotions.

Meanwhile, Varun has several projects in the pipeline such as Nitesh Tiwari’s Bawaal alongside Janhvi Kapoor. The film is produced by Sajid Nadiadwala film and is scheduled to hit theatres on April 7, 2023. Varun will also be seen with Kriti Sanon in Bhediya.