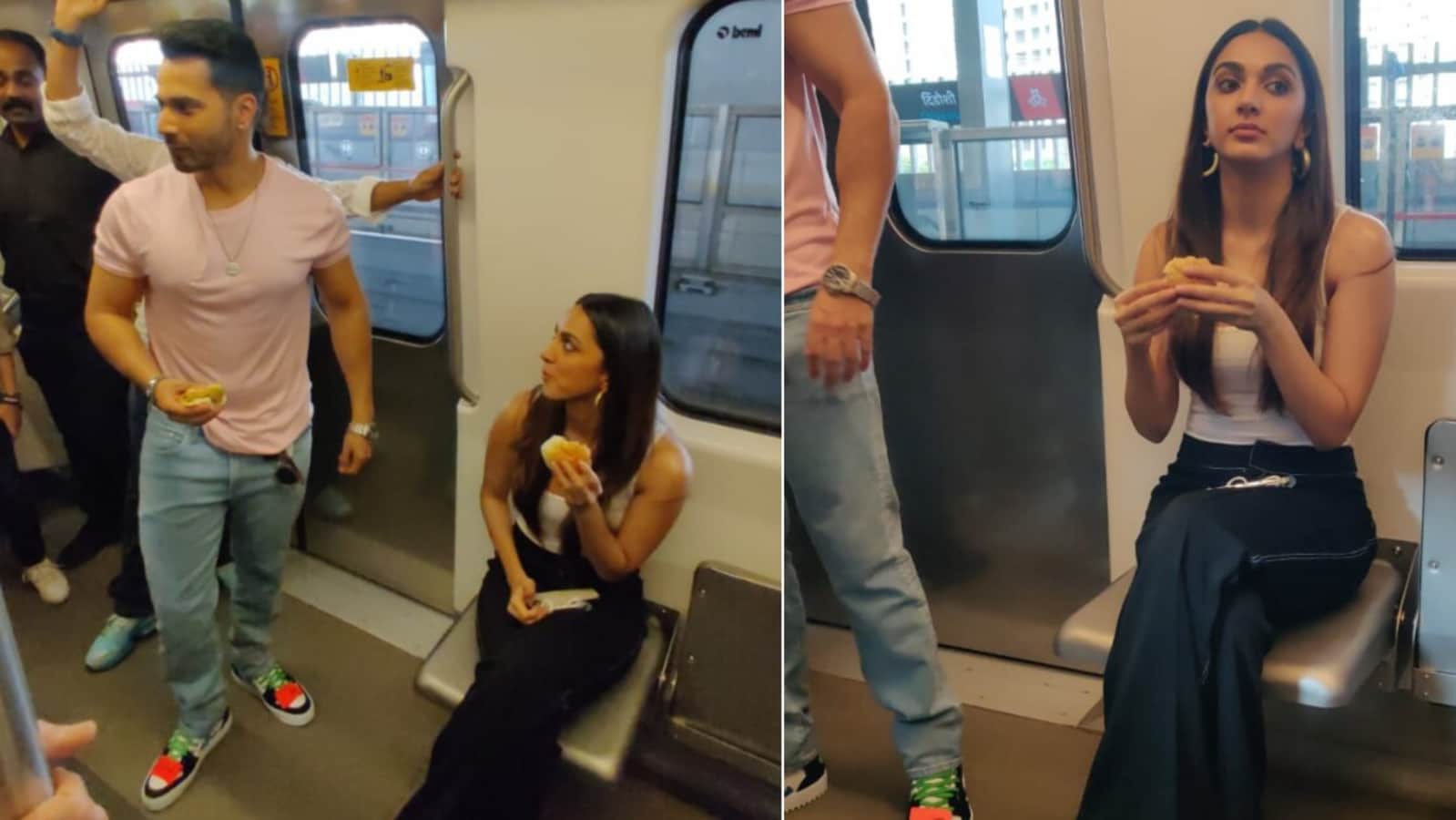 Actors Varun Dhawan and Kiara Advani are leaving no stones unturned to promote their upcoming film Jugjugg Jeeyo. On Tuesday, Anil Kapoor, Varun and Kiara took a ride in the Mumbai Metroic film for promotions. Several pictures and videos of them from the ride were shared online. Now, people have criticised the actors for eating inside the metro. Also Read: Varun Dhawan asks ‘did your parents go to her with proposal’ as reporter says Kiara Advani will get married in two years

In a video, Varun and Kiara were seen savouring vada pav inside the metro. In other pictures, Anil, Kiara, and Varun were seen chatting and laughing inside the metro during their short ride. Varun said that he has come to realise that the best way to save time during peak traffic hours is to take a metro. But soon the actors started facing criticism for eating inside the metro.

According to the Mumbai Metro rules, no one can consume food while travelling in the train. Asking the same, one person wrote, “Is eating allowed inside the Metro?” Calling it a ‘VIP treatment’, one said, “Wow! VIP treatment for them?” Many other social media users chided the actors for flouting the metro’s rules. Varun and Alia are yet to comment on the matter