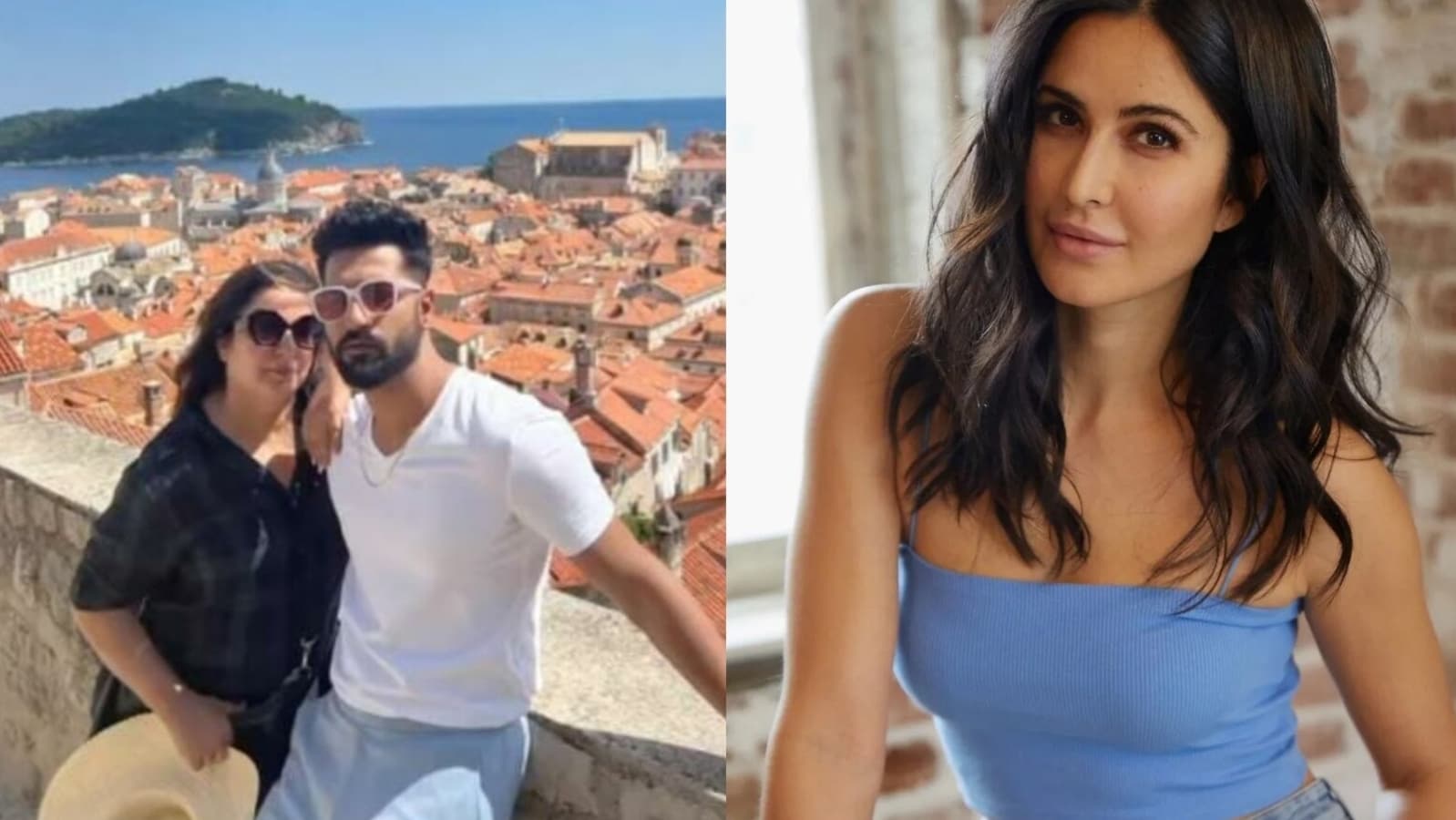 Filmmaker, and choreographer, Farah Khan recently exchanged fun banter on social media with Katrina Kaif and Vicky Kaushal. On Saturday, she took to her Instagram stories and dropped a picture of herself with Vicky. Tagging Katrina in the same, Farah claimed that the Uri actor has ‘found someone else’. (Also read: Vicky Kaushal sleeps hugging IIFA 2022 trophy after winning best actor, says he once thought his dreams were ‘too far’)

In the picture, Vicky is seen looking dapper in a casual white t-shirt and denim look. He posed next to Farah, who is seen in a black checkered attire. Both posed against a wall in Croatia. Sharing the picture, Farah wrote, “Sorry @katrinakaif he’s found someone else @vickykaushal #croatia.” She also added a tongue-out emoji to tease the actor.

Soon after she posted, Katrina re-shared the picture on her Instagram handle and added her reaction. She replied, “Your allowed @farahkhankunder” with heart emojis. The song Kuch Toh Hua Hai from Shah Rukh Khan-starrer film Kal Ho Naa Ho was also heard playing in the background of her post. Later, Vicky too joined the bandwagon and shared the picture. He added to it, “We are just ‘good friends.’”

Vicky and Katrina dated for quite some time in secret before tying the knot in December 2021. Only a few months after their private wedding, reports about the couple expecting their first child were doing rounds on the internet. However, Vicky’s spokesperson denied the rumours and told Hindustan Times, “This report is false. This is a rumour and has no truth.”

Vicky, who was last seen in filmmaker Shoojit Sircar’s Sardar Udham, will star next in Govinda Naam Mera alongside Kiara Advani and Bhumi Pedneker. He will also be seen with Sara Ali Khan in Laxman Utekar’s upcoming untitled movie. Apart from this, he also has Meghna Gulzar’s Sam Bahadur.

Katrina will be next seen in Tiger 3 with Salman Khan. She also has a horror comedy, Phone Bhoot, co-starring Siddhant Chaturvedi and Ishaan Khatter. She is also a part of Farhan Akhtar’s Jee Le Zaraa, alongside Priyanka Chopra and Alia Bhatt. She also has Merry Christmas as one of her upcoming projects.