When Matthew Perry was said to be in love with his Friends co-star Courteney Cox: ‘He’s never been able to get over her’ 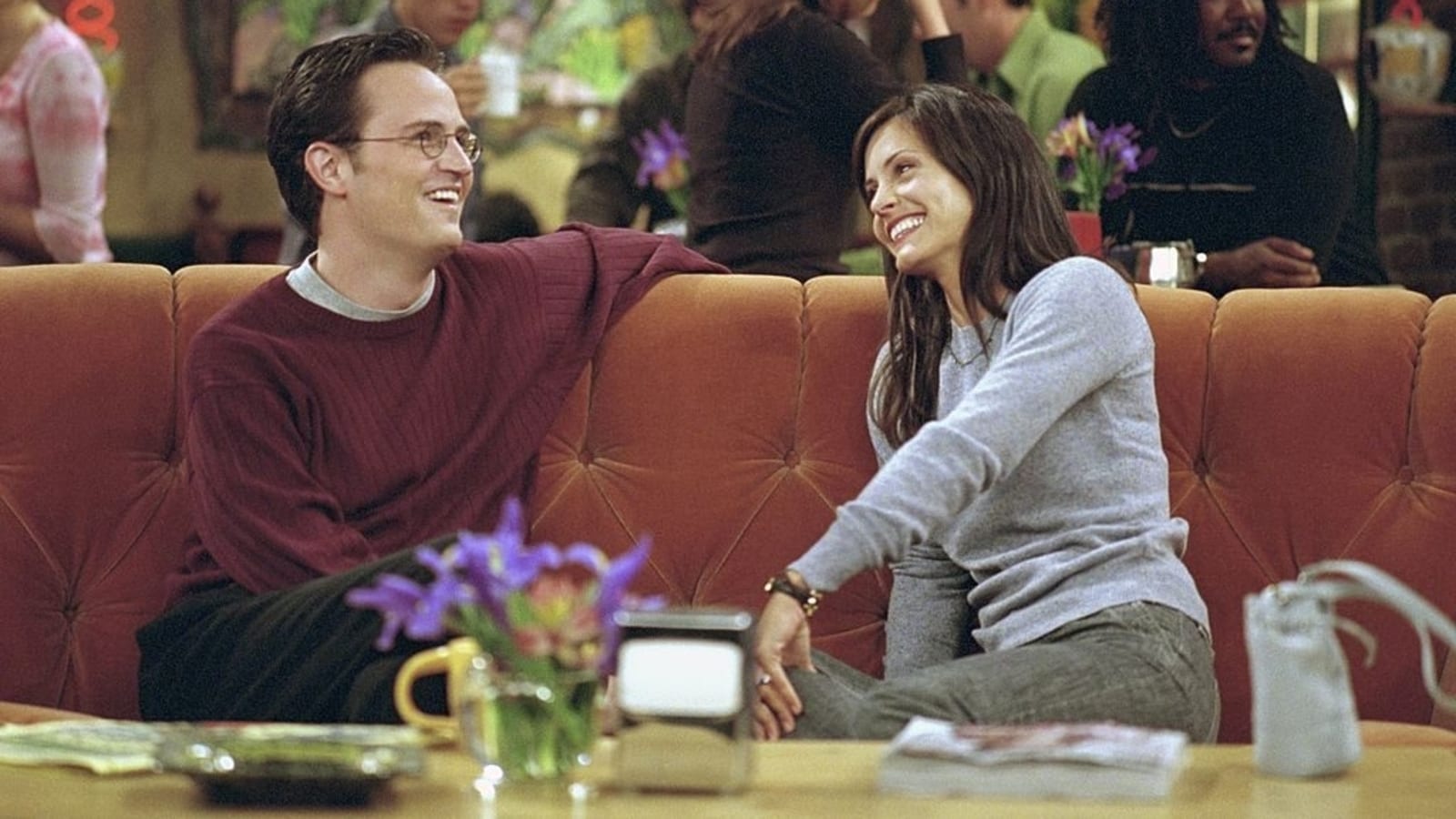 Courteney Cox turned 58 on Wednesday. The actor is known for playing the role of Monica Geller in Friends. In an old interview, Matthew Perry, who played her on-screen husband on the show, was once rumoured to be in love with her.

Courteney Cox who is known for playing the role of Monica Geller in the American sitcom Friends turned 58 on Wednesday. Courteney and her Friends co-star Matthew Perry are known for having an amazing on-screen chemistry and their fans often address them as MonDler. But did you know that Matthew was once said to be in love with Courteney. Also Read: Courtney Cox has bad news for Friends fans hoping for a reunion

In an old interview with Us Weekly, a source close to Matthew said, “Matthew’s always been in love with her. Any girl he’s tried to date looked similar to Courteney.” The source added that Matthew “has never fully been able to get over her”. On the show, their relationship starts from friendship, they later start dating each other and by the Season 9th of the show, the two got married. By the end of the show, the two also welcome two kids via surrogacy.

Apart from Courteney and Matthew, the show also starred Jennifer Aniston as Rachel Green, Lisa Kudrow as Phoebe Buffay, Matt LeBlanc as Joey Tribianni and David Schwimmer as Ross Geller. The show aired from 1994 to 2004 and had a total of 10 seasons. The cast members of the show returned for a reunion special aired on HBO Max on May 27, 2021. Also Read: Jennifer Aniston swears she never ‘banged’ David Schwimmer during Friends, says she’d ‘proudly’ admit it had it happened

But Matthew and Courteney never dated in real life. Courteney was married to her Scream co-star David Arquette from 1999-2013. After her divorce, she began dating her current boyfriend Johnny McDavid. Matthew dated Baywatch star Yasmine Bleeth and Julia Roberts in the 90s before being in a relationship with Lizzy Caplan for six years.

Courteney received one Screen Actors Guild Award for Friends. She also played the role of Gale Weathers in the horror film franchise Scream, and appeared in the popular sitcom Cougar Town (2009–2015). She was most recently seen in the Starz horror comedy series Shining Vale.