When Shah Rukh Khan said son Aryan Khan will have to become a movie star, ‘wear studs and have long hair’ 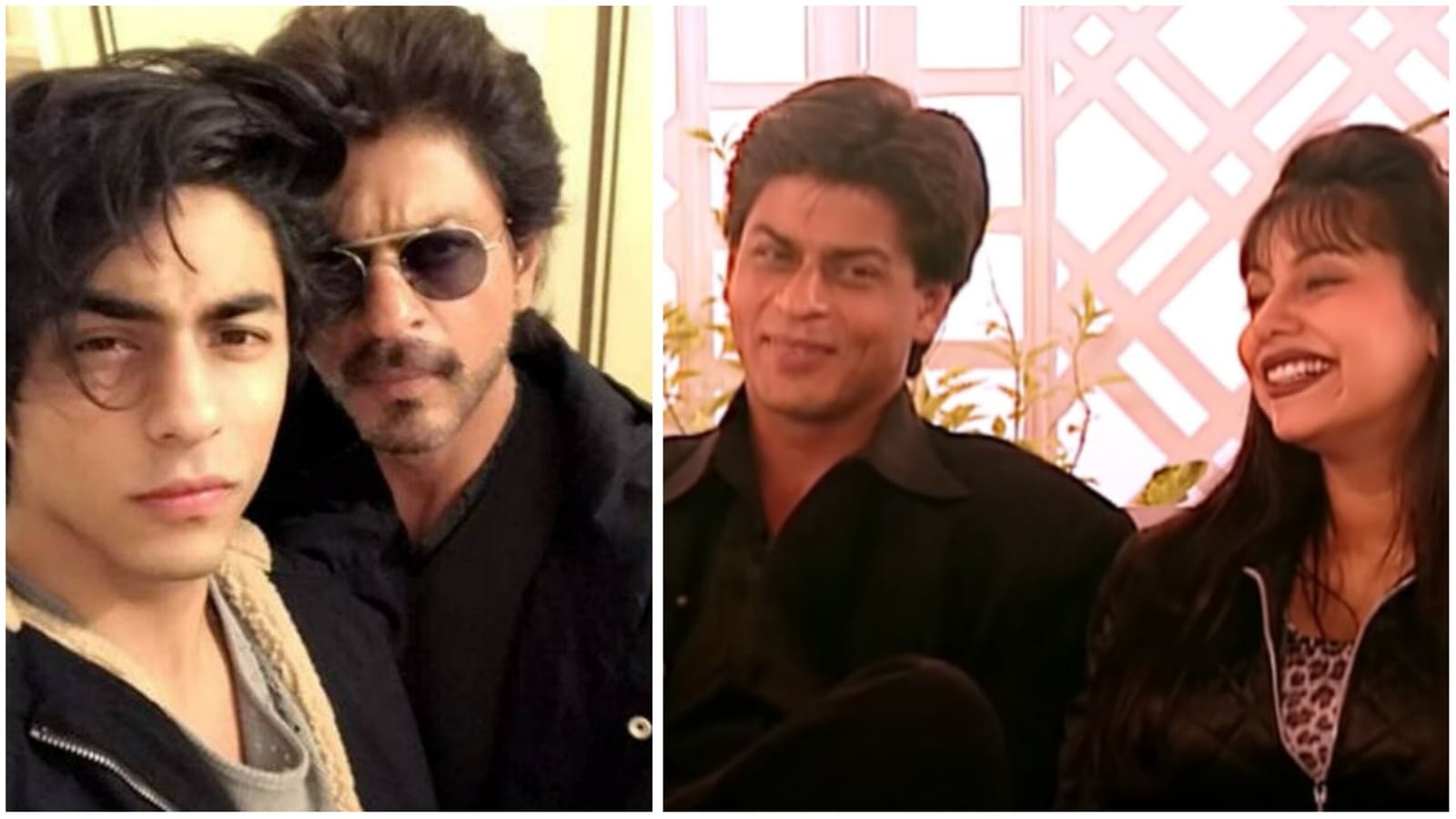 Shah Rukh Khan had once spoken about the future of his eldest child Aryan Khan, and said that becoming a movie star is something that he will have to do. Shah Rukh had also joked that he will spoil Aryan to no end, and would throw him out of the house if he turns out to be a ‘good boy.’ Also Read| Tearful Shah Rukh Khan had said ‘we have been painted as monsters’ after Aryan Khan’s arrest, says NCB official

The actor had made the comments when he and his wife Gauri Khan appeared in an interview with Simi Garewal. The interview was recorded just weeks after the couple welcomed Aryan in November 1997. Shah Rukh expressed his excitement about becoming a father for the first time, and spoke about all the things he wants Aryan to do when he grows up.

In the interview, when Gauri was asked if she had any particular dreams for Aryan, she said she can’t decide his future for him, but wants him to be a good boy. As Simi joked that Aryan doesn’t have much chance for that with Shah Rukh as his father, the actor replied, “If he is a good boy, he is out of the house.” Gauri then teased her husband saying she is sure Aryan is going to be a ‘spoiled brat’ due to his father.

Shah Rukh then said, “He is going to be completely a spoiled brat. I’ve told all my heroines that if you have daughters, my son will be running after them and every day I want complaints from all of them saying ‘please keep your son out of our houses.’ I want him to spoil whole city. I want him to have a Harley Davidson jacket and I want him to wear studs and everything. He should be really cool, have long hair, and he should be a playboy and really spoiled.” Asked if Aryan is going to be a movie star as well, Shah Rukh said, “Oh yeah that’s one of the bad things that you have to do, so he will have to do it.”

It is rumoured that Aryan, who will celebrate his 25th birthday in November 2022, is planning his debut in the film industry. However, he will reportedly start working as a writer or director, unlike his sister Suhana Khan who is making her acting debut with the Netflix film The Archies. According to Pinkvilla, Aryan is reportedly in talks to co-write a web series for an OTT platform for a web series, and will also be working on a feature film, which will be produced by his parents’ production house Red Chillies Entertainment.