When ‘very big fan’ Govinda and Rakesh Roshan said they wanted to take Rekha out on a date. Watch 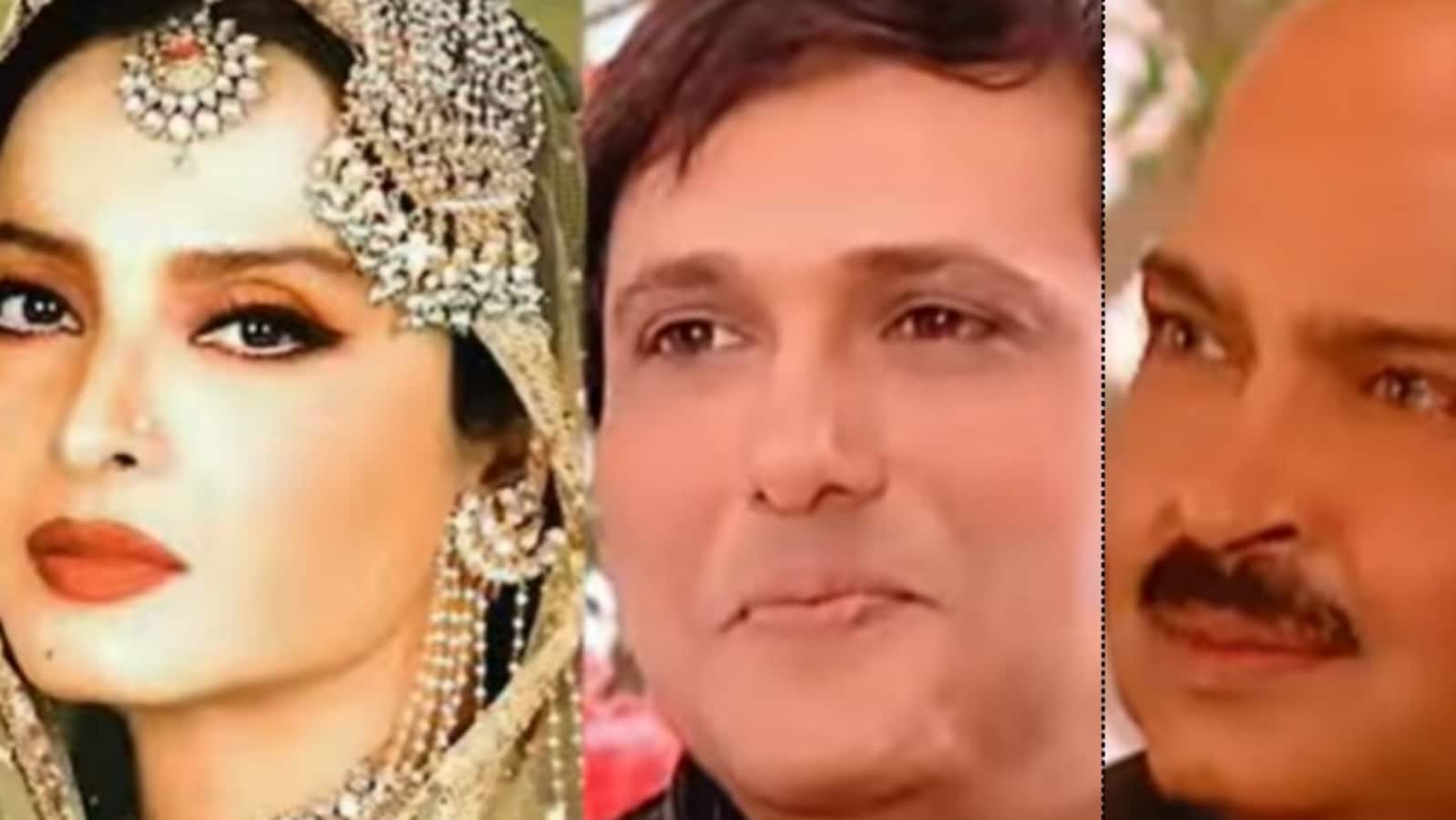 On Rendezvous with Simi Garewal, actors Govinda and Rakesh Roshan were once asked to choose a person from ‘anywhere in the world’ to go on a date with. They chose Rekha. Actors Kareena Kapoor and Amisha Patel, also chose the same person for their own dates – politician Rahul Gandhi. On Sunday, the celebrity talk show’s host, veteran actor Simi Garewal shared a video compilation featuring Kareena, Amisha, Govinda, Rakesh, as well as actors Priyanka Chopra and Jackie Shroff. They were all asked about their dream date. Read more: Simi Garewal posts unseen BTS clip of cheeky Abhishek Bachchan calling her ‘aunty Oprah’

Sharing the video from her old interviews, Simi captioned her Instagram post, “My fantasy date! #Throwback.” In the clip, Simi, who was dressed in her signature all-white ensembles, asked her celebrity guests the same question: “If you can pick one person from anywhere in the world to go on a date with, who would it be?”

Sanjay Leela Bhansali responded to Simi’s question by picking actor Madhuri Dixit. “She is absolutely fascinating,” said filmmaker said. Actor Jackie Shroff chose Miss Universe 1994 and actor Sushmita Sen. When Simi asked his wife Ayesha Shroff for her reaction to his answer, Ayesha laughed, and said she did not mind. However, Jackie insisted that his wife would later tease him by saying, “Oh you always wanted to do that.”

When asked to choose whom he would like to take out on a date, actor Govinda said, “Mein bohut bada fan hoon Rekha ji ka (I am a very big fan of Rekha ji)”. When informed by the host that he would have ‘a clash with Rakesh Roshan’, as he had also picked Rekha for his dream date, Govinda joked about the filmmaker’s bald head. “Ab toh wahi mile (Now, I will meet him only),” Govinda said as he pretended to move his fingers through his hair.

When asked about whom she would pick, Priyanka Chopra chose Prince William of the British royal family. “I would like to go on a date with him. I would really like to know what royalty at 23 feels like,” Priyanka said.

Meanwhile, Kareena said she ‘did not mind getting to know Rahul Gandhi’, even though ‘it was controversial’. Actor Amisha Patel, who made her acting debut around the same time as Kareena, too, said, the ‘only person’ she would want to go out on a date with would be Rahul Gandhi, because he ‘would be powerful’. Reacting to Simi’s post, choreographer and filmmaker Farah Khan wrote, “Faaaab.”

The first episode of Rendezvous with Simi Garewal aired in 1997. Simi invited guests from the world of entertainment, politics and sports on her talk show, where they discussed their work and lesser-known details about their lives. Among her most notable invitees included Amitabh Bachchan and Jaya Bachchan, Shah Rukh Khan and Gauri Khan, Aishwarya Rai, Rekha, and the late actor-turned-politician Jayalalithaa.