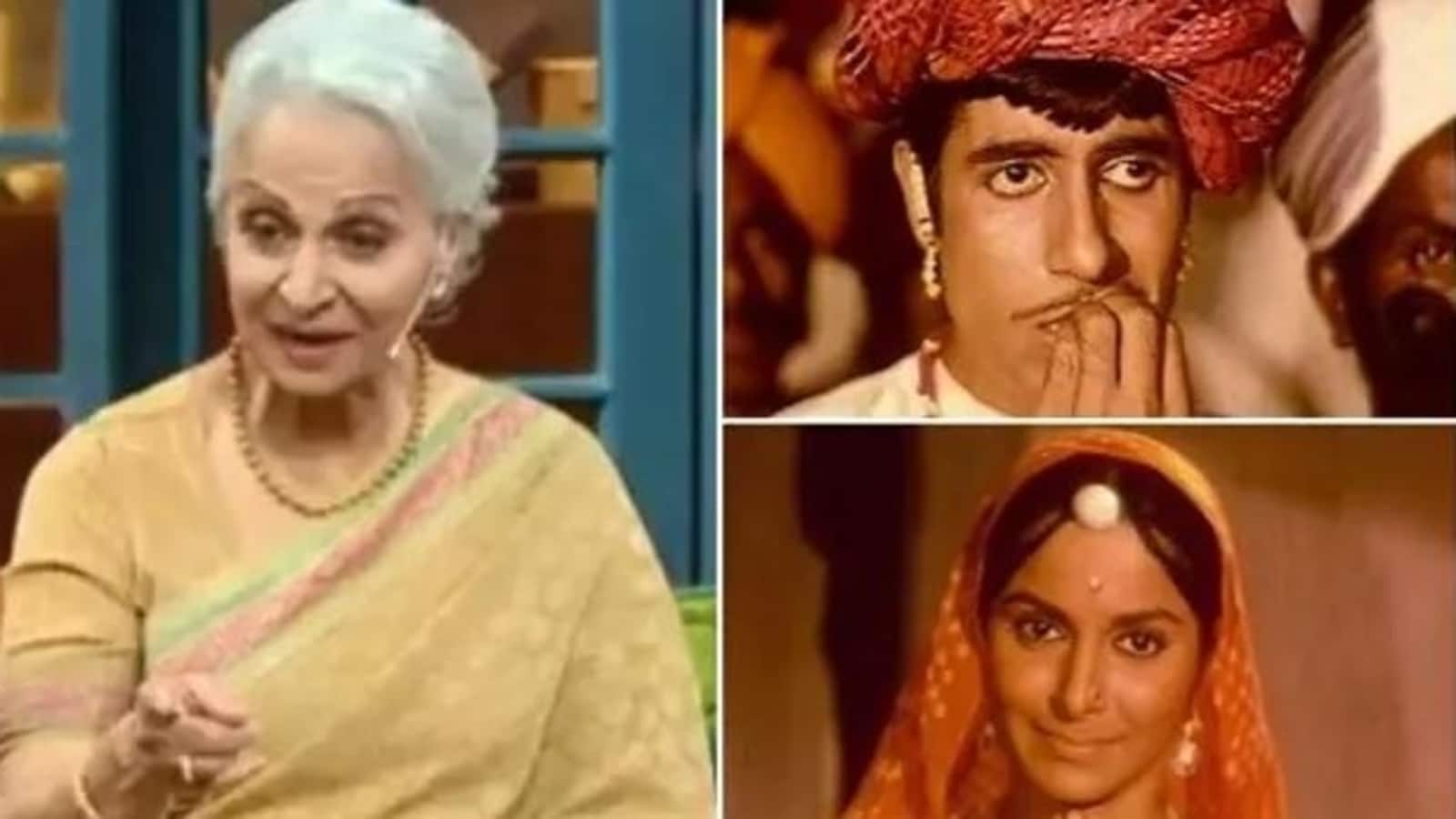 Amitabh Bachchan had once shared an incident involving Waheeda Rehman that took place during the shoot of Reshma Aur Shera. In an old interview, Amitabh spoke about how during an animal sacrifice scene, in Jaisalmer Palace, Waheeda fainted. Following that, he, along with Sunil Dutt and a few other people, had to bring her to their ‘makeshift hotel’ and revive her. (Also Read | Amitabh Bachchan wields the mighty Prabhastra in his first poster from Brahmastra, released after changed teaser)

Reshma Aur Shera (1971), a crime drama film, was directed and produced by Sunil. Apart from Amitabh, Waheeda and Sunil, the film also Vinod Khanna, Raakhee, Ranjeet, KN Singh, Jayant and Amrish Puri. Reshma Aur Shera was selected as India’s entry for the Best Foreign Language Film at the Academy Awards but was not accepted. The film won three awards at the National Film Awards.

In an interview with Filmfare in 2018, Amitabh had said, “When I got an opportunity to work with Waheeda in Reshma Aur Shera (1971) early in my career, I could not believe my luck. To me, she has always symbolised the ideal Indian woman and in her personal demeanour, I found qualities that were similar to my beliefs. A quiet, modest and reserved individual, she was a picture of grace during the shooting of the film. The unit spent a great deal of time in the deserts of Rajasthan camped in tents at Pochina, a village some distance from Jaisalmer. Her elder sister, Appaji, and she were so endearing and kind to me during the stay that I never felt like a newcomer. I felt part of their family.”

He had also said, “I can never forget a moment during the shooting of Reshma Aur Shera when we were shooting the animal sacrifice scene in the Jaisalmer Palace. The moment the gruesome bali (sacrifice), in reality occurred during Dusshera, she, who was positioned in the crowd as part of the scene, collapsed and fainted. Sunil Dutt saab and a few others including myself rushed to her side, lifted her through the crowd, somehow managed to put her in a jeep and brought her back to the makeshift hotel to revive her. I felt really sorry for her, but somewhere felt privileged that I was part of the group that took care of her.”

Meanwhile, Amitabh will be seen next in Ayan Mukerji’s Brahmastra alongside Ranbir Kapoor, Alia Bhatt, Nagarjuna and Mouni Roy. he also has Uunchai with Anupam Kher, Boman Irani and Parineeti Chopra in the pipeline.