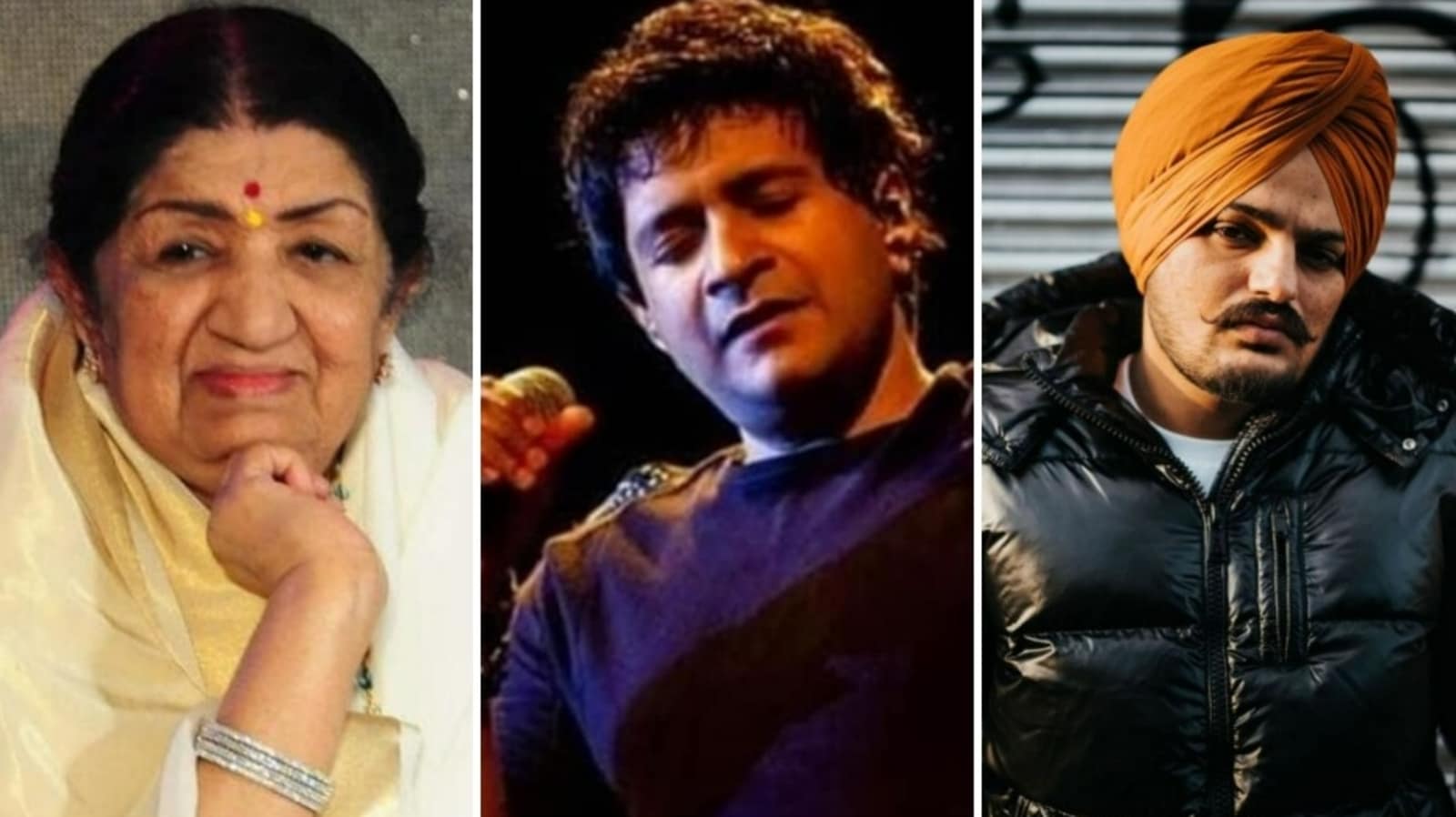 Tuesday marked World Music Day 2022. Several renowned music personalities died in the first six months of 2022, leaving behind an irreplaceable void in the Indian music industry. The impact India’s nightingale Lata Mangeshkar left on the world of music cannot be forgotten. She died in February, after suffering a multi-organ failure. Singer and music composer Bappi Lahiri, too, died in February. Punjabi singer-rapper Sidhu Moose Wala was shot dead in May, while singer KK died a few days later, after a concert in Kolkata. Also read: KK fans in Kolkata pay tribute to singer with 200 musicians performing Pal

Singer Lata Mangeshkar, who was born on September 1929, had an illustrious career spanning over seven decades, starting from her first break in the 1948 film Majboor with the song Dil Mera Toda, Mujhe Kahin Ka Na Chhora. Lata died on February 6 after suffering a multi-organ failure. She will be remembered for her soulful songs like Ajeeb Dastan Hai Ye, Ae Mere Watan Ke Logo, Lukka Chuppi and Tere Liye, among thousands of others.

Bappi Lahiri started his career as a music composer with the Bengali film, Daadu. He was 19 at the time. The first Hindi film for which he composed music was Nanha Shikari. He’s one of the early singers to introduce India to Disco. He created melodies that became chartbusters. His most famous songs include Disco Dancer, Intehaa Ho Gayi Intezaar Ki, Taki Taki, Yaar Bina Chain Kahan Re and Yaad Aa Raha Hai. He died due to obstructive sleep apnea in Mumbai on February 15. He was 69.

On May 29, 2022, Punjabi singer-rapper Sidhu Moose Wala was shot dead by assailants in Punjab’s Mansa district. The incident took place a day after his security was withdrawn by the Punjab police among 424 others. Through his songs and concerts, Sidhu connected with his fans and fellow singers, who called him a ‘music icon’. After his ‘shocking’ death, Kapil Sharma, Vishal Dadlani, and many other celebs offered their condolences on social media. He was 28.

Singer KK, who gave Indian music lovers many hits over the last three decades died at 53. Hours before he died on May 31, he did what he loved the most. He was performing onstage in Kolkata. He sang the song Pal one last time at the gig. KK fell ill during a performance at Nazrul Manch and was declared “brought dead” by doctors of a hospital where he was taken.

Singer Tarsame Singh Saini aka Taz of Stereo Nation died at 54. He produced many albums in the 1990s. Celebs like Hrithik Roshan paid their tribute to the late singer on May 1. As per reports, the singer suffered a liver failure following which, he slipped into a coma.

Malayalam playback singer Edava Basheer died after he collapsed on stage, while performing live at an event in Kerala on May 28. He was 78. Basheer was one of the most popular singers in Kerala. As a playback singer, he has a few Malayalam songs to his credit. In 1978, he made his film singing debut with the song Veena Vaayikkum and went on to sing a few more tracks.

In February, veteran Bengali singer Sandhya Mukherjee died following a cardiac attack at a private hospital in Kolkata. Mukherjee, who was considered a legend during her lifetime, refused to accept the Padma Shri award on January 24. Three days later, she tested positive for Covid-19. She was behind thousands of songs in Bengali cinema and her albums of modern and semi-classical music. She also recorded many songs for Hindi cinema.